Octanex and Perth's Peak Oil and Gas are working towards a merger, with Melbourne-based Octanex underwriting a rights issue for of $1.94 million that will go towards working capital for Peak prior to the implementation of the deal. 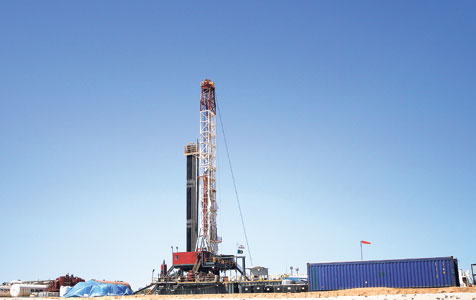 Octanex and Perth's Peak Oil & Gas are working towards a merger, with Melbourne-based Octanex underwriting a rights issue for of $1.94 million that will go towards working capital for Peak prior to the implementation of the deal.

The funds will be used to accelerate Peak’s South Block A oil and gas project in the Malacca Straits.

Peak's subscribed members will be able to purchase two new shares in Peak for every five held at an issue price of no less than 1 cent in a share swap to Octanex.

Once agreed between both boards, the merger terms will be subject to approval by Peak members and the Supreme Court.

The underwriting of the Peak rights issue and the proposed merger with Peak aims to increase exposure for Octanex in South-East Asia.

Octanex currently has 17 exploration permits in Australian and New Zealand waters and, with the proposed acquisition of Peak, has already opened a technical office in Kuala Lumpur, Malaysia, to handle its expansion into the SE Asia region.

Octanex has also agreed to acquire a 25 per cent interest in the Derby Block in the onshore Canning Basin coal seam and shale gas prospective for $1.75 million.

Peak’s interest in the Cadlao oil field is currently under dispute with Cadco, formerly Blade Philippines, whereby Peak will either retain its 50 per cent share in the block or receive a $6.7 million payout.

A farm-in contemplation by Peak into the nearby Benita block for a 32.5 per cent interest was not approved.

Shares in Peak rose 18 per cent to 1 cent, while Octanex shares remained steady at 21 cents as of 10am, WST.