Western Australia’s Environmental Protection Authority has given conditional approval to LandCorp’s long-awaited 750-pen Ocean Reef Marina, with the project a step closer to starting construction by the end of next year. 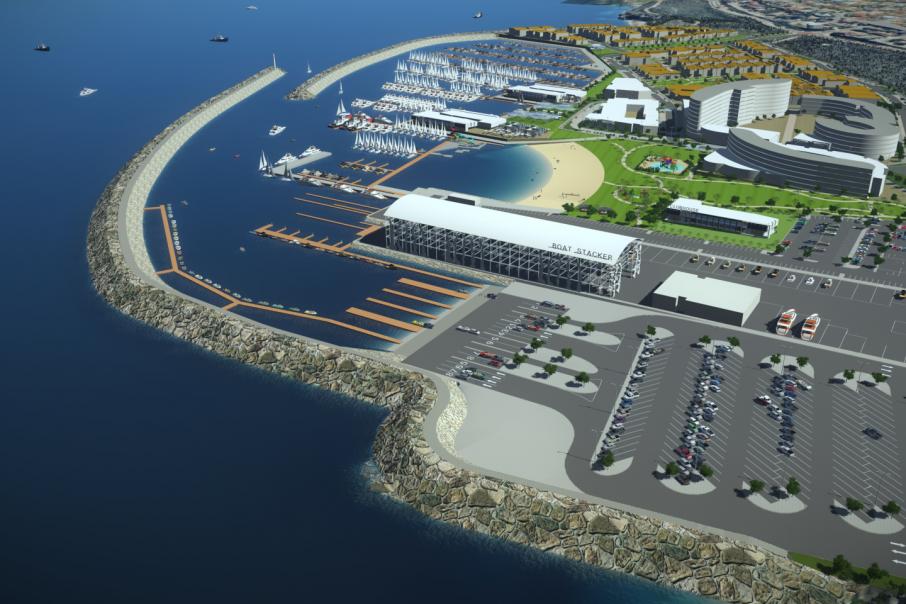 An architect's rendering of how the Ocean Reef Marina may look once a detailed design phase is complete. Image: Landcorp

Western Australia’s Environmental Protection Authority has given conditional approval to LandCorp’s long-awaited 750-pen Ocean Reef Marina, with the project a step closer to starting construction by the end of next year.

The EPA today deemed the project to be environmentally acceptable if it is built according to nine strict conditions, including minimising the impacts of construction on nearby beaches, water quality and marine habitat monitoring, and management plans for and improvement of reef habitats in the Marmion Marine Park.

EPA chair Tom Hatton said while the proposal would be challenging for the marine environment, it could be adequately managed.

“Central to the EPA’s assessment were the environmental values of the Marmion Marine Park, particularly the loss of sensitive reef habitats that support diverse marine life and abalone,” he said.

“We found if the Ocean Reef Marina was implemented with proper management and monitoring plans in place, the environmental values of the marine park could be protected and there would be no adverse impacts on the water quality outside the marina.”

The idea of a marina at Ocean Reef was proposed in the 1970s, but it wasn’t until the early 2000s that the project received a formal commitment from the state government.

Features of the proposed marina include waterfront cafes and restaurants, substantial public open space, parks and recreational facilities, more than 1,000 apartments and houses and more than 5,000 parking bays.

Additional amenities proposed include a waterslide and aqua play area, protected swimming areas, a snorkel trail and a pontoon.

A public comment period on the EPA’s recommendation will close on March 11, while the final decision whether the project will proceed will be made by Environment Minister Stephen Dawson.

Ocean Reef is one of two possible marinas currently being progressed through WA’s planning system, alongside a private sector proposal in Perth’s southern suburbs known as Port Rockingham.

Proponents Paul Ogilvie, Edwin Bollig and David Lilwall have put together a plan that could be constructed in a single stage or in two stages.

The first stage would comprise 259 boat pens and 3,000sqm of retail and restaurant facilities alongside a 93-room hotel, while a second stage would be made up of 238 boat pens, to be built according to demand.

The Port Rockingham proponents are currently seeking expressions of interest for the commercial and retail space, as well as boat pens.