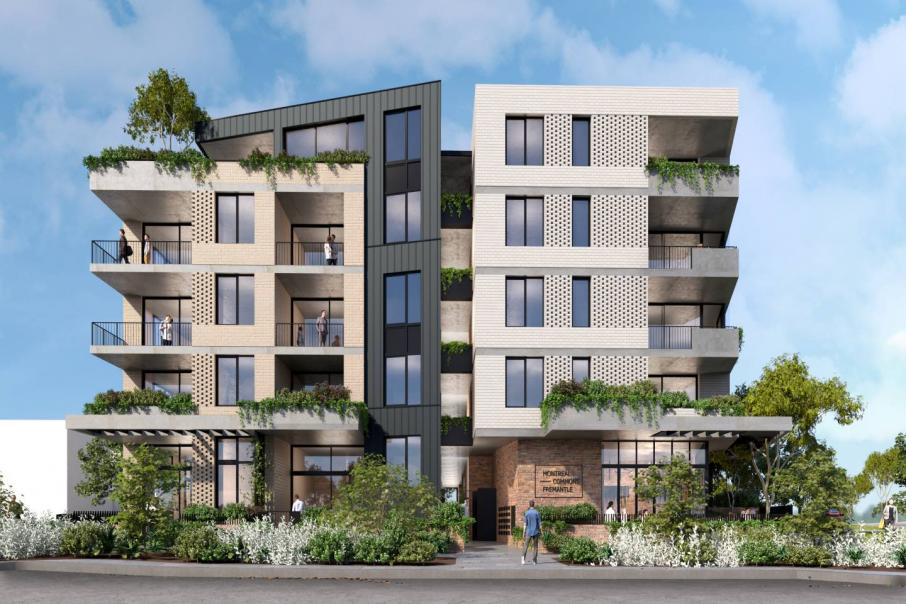 Located within DevelopmentWA’s East Village at Knutsford estate, Montreal Commons' future residents will also be able to tap into 100 per cent green energy from the grid via local electricity retailer Change Energy.

Using Power Ledger’s energy trading technology, it's anticipated owners will receive an additional benefit by being able to sell excess solar electricity they generate back to a 670kWh on-site battery.

During times of peak demand they can then buy back electricity, as required, from the on-site battery at an agreed price.

OP Properties co-founding director Luke Parker said a mix of initiatives, including solar technology and Power Ledger’s trading platform, would result in electricity cost savings, passed on to apartment owners through an ongoing 50 per cent reduction in annual strata levies.

“From the beginning we set ourselves a target where we wanted to make low carbon living financially beneficial,” Mr Parker told Business News.

“The market wants low carbon and highly sustainable solutions, for housing and other areas of their life, but they’re not necessarily ready to pay for it.

“Times are tough at the moment and so it can be a challenge so we feel it’s a ground-breaking moment where we’ve been able to commercialise low carbon living; what that means as a developer is that you’ve got this much more cutting-edge development … it’s creating that point of difference.”

Mr Parker said the only people who generally benefitted from solar on apartment buildings were those who were home during the day.

“The holy grail of being carbon neutral and delivering a 50 per cent strata offset is a win-win for buyers and a game-changer in terms of showing how low-carbon design outcomes can be used to create financial benefits for apartment owners globally.

“We just really hoping that it appeals to owner occupiers but also investors - because of the levy offset, the holding costs are much less than what they’d normally be and so it makes for a really good property investment as well.”

According to Power Ledger, the carbon reduction from the project was an anticipated 240 tonnes of carbon per year, equivalent to six tonnes per apartment.

Power Ledger co-founder and executive chairman Jemma Green said the development demonstrated what was possible in residential energy trading when developers committed to renewable energy as part of their early planning.

Montreal Commons is the second lot to be developed at DevelopmentWA’s East Village and will neighbour Terrace Homes’ 10 town house development.

“This development will build on the many lessons we have learnt from other landmark DevelopmentWA projects, including WGV at White Gum Valley – WA’s first One Planet Community.”

OP Properties has lodged a development application and is awaiting approval, following what it said was extensive and positive dialogue with the City of Fremantle, DevelopmentWA and other key stakeholders.

Mr Parker hopes the $20 million project will be given the green light later this year, with construction expected to start in 2021 and last about 18 months.

Other Fremantle apartment projects awaiting approval includes a $60 million proposal for an eight-storey development at 19-21 McCabe Street, comprising 108 residences – 11 three-level town houses and 97 apartments (of up to four bedrooms).

Also in the pipeline is a $20 million mixed-use project, with plans to develop 69 multiple dwellings as well as a 110 square metre commercial unit on Beach Street.