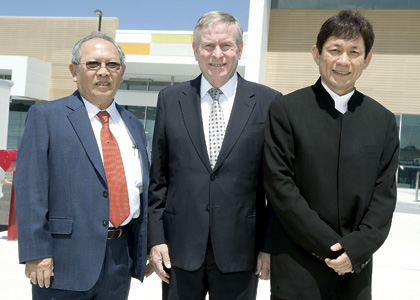 SIGNS of a return to the market of new home buyers are continuing, with industry players predicting new lot production in Western Australia could double over the next two to three years.

The expectation that the residential land market has bottomed out comes after four years of weak land production levels, suggesting pent-up demand is starting to overwhelm the affordability issue and crisis in confidence that has damaged the sector since the GFC.

The demand overhang is largely seen in the rental market, where vacancy rates have fallen to low levels and rental costs skyrocketed.

Forecaster BIS Shrapnel has offered a very bullish outlook for WA, predicting lot production will double over the next two and half years, albeit based on ever-diminishing block sizes.

However, Mr Satterley believed the base numbers were lower than those stated by BIS Shrapnel. Industry wide, he said, 5,000 new lots were sold in calendar 2011 and a rise to between 5,500 and 5,750 was expected in calendar 2012.

There is much conjecture about the possibility of a rebound in the housing market, with some believing historic trends point to a sharp improvement while others suggest there has been a structural shift in the market that will subdue previous causes of demand.

Last month, Real Estate Institute of WA executive manager of research and policy, Stewart Darby, told WA Business News that household sizes had stopped getting smaller and there were more than 100,000 empty houses in WA, suggesting that fewer new homes would be needed than some predicted.

The latest Urban Development Institute of Australia figures, released this week, show sales of residential vacant land in the Perth and Peel region increased 14.2 per cent over the September quarter to its highest level since September 2009.

And anecdotal evidence from sources across the construction and pre-construction side of the industry has backed the expectation of additional land coming to the market, suggesting developers, at the very least, were expecting more demand and had the financial ability to prepare the land for sale.

There is significant activity in several key growth areas, with observers pointing to Alkimos, Baldivis, Ellenbrook and parts of the south-east corridor such as Byford as undergoing increased construction activity.

In the northern corridor to Yanchep developers have been spurred, in part, by state government activity in the area, most notably a joint venture between its agency, Landcorp, and Lend Lease to develop the regional centre Alkimos. It expects to market the first lots from its major Alkimos Beach subdivision at the start of calendar 2013.

The state government has also committed $240 million to extend the northern railway to Butler by 2014.

But it is not all state government operations in the area.

The Butler transport hub station will include a new Woolworths supermarket complex, also due to be completed in 2014, largely capping off development of the Brighton area, which has been the most affordable housing in the corridor.

To its north is LWP’s Trinity development, at which new home buyers camped overnight for one of its latest lot releases.

Nearby, Stockland has started marketing its Amberton joint venture with Martin Copley’s Eglinton Estates; further north, the Ang family’s Yanchep Beach Estates took a major step last week in its development with the launch of a $30 million shopping centre, also anchored by Woolworths, at the end of Marmion Avenue.

LWP managing director Danny Murphy confirmed that, in the past five months or so, first home buyers and investors were returning to the market for new homes because the numbers now stacked up.

Mr Murphy said the key driver was the rental market, which was making new homes attractive for both these market segments.

“For first home buyers it is cheaper to buy than rent and for investors you are getting to the point where you can almost positively gear,” he said.

Mr Murphy said new lot sales for his business had jumped above 100 per month after being at or between 60-70 per month.

At Ellenbrook, LWP forecast the sale of 500 lots this year, compared to the average of 430.