Fresh analysis by Business News clearly shows how much WA’s economic performance has fallen relative to the rest of the nation. 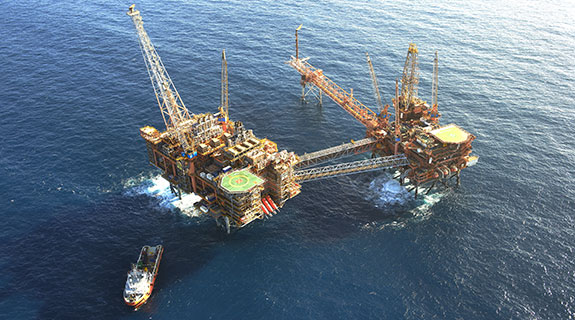 PUSH THROUGH: Woodside is one of two WA-based companies in the oil business featured in the BN30.

Fresh analysis by Business News clearly shows how much WA’s economic performance has fallen relative to the rest of the nation.

Everybody knows that Australia is being buffeted by the collapse in commodity prices and that Western Australia is one of the hardest hit states, but what no-one knows is how much further WA has fallen over the past 12 months relative to the rest of the country – until now.

A new index, which compares WA with the overall Australian economy, reveals that this state has fallen 15 per cent further than the nation as a whole.

The fall, which is supported by evidence in the weakening property market, has been calculated using the share prices of companies that do much of their business in WA (or have their head office in Perth).

In many ways the index, which has been named the BusinessNews30 (BN30), is identical to the original Dow Jones Industrial Average used as a measure of the US economy by averaging the share prices of the 30 companies listed on the New York Stock Exchange.

In 1896, journalist Charles Dow and statistician Edward Jones compiled the first Dow Jones Industrial Average; an index that has undergone many changes, but which remains the most widely quoted measure of stock market performance in the world.

More importantly, the Dow Jones Industrial Average remains a key measure of the US economy because it includes 30 of the leading companies in the US, selected from a cross-section of the economy (with index members including Apple, Boeing, McDonald’s, Microsoft, Visa and Chevron).

What Dow and Jones did in their original publication, Customer’s Afternoon Letter (which later became The Wall Street Journal) was to add up the share prices of the companies chosen and then divide the sum by the number of companies.

It was a very simple approach that has since been fine-tuned by using a different divisor, which takes into account spin-offs, stock splits and other structural changes.

For this, the first airing of the BN30, the original Dow Jones method is applied to achieve a quick, but still meaningful, result.

The starting point for membership of the inaugural BN30 is the list of WA’s top 100 companies assembled by accounting firm Deloitte. That list uses stock market value to determine a pecking order based on size.

Interestingly, the latest Deloitte 100 revealed a fall of 20.6 per cent in the value of companies on the list in the 15 months from June 30 last year.

The BN30 index is more than a list based on stock market value; it is an attempt to construct a measure of the overall WA economy using the performance of stock exchange-listed companies, from a wide range of industries, to estimate overall performance of the state.

The difference between then and now is a fall of 15.34 per cent; and while not as statistically accurate as most economists or mathematicians would prefer, it is how Messrs Dow and Jones started out with their original industrial average.

And the reason it can be said that the BN30 shows how WA is 15 per cent worse off than the country as a whole is that the Australian Securities Exchange all ordinaries index, as at Friday October 16, was virtually the same as 12 months earlier – 5,303 points versus 5,307.

The BN30 also shows what most people in WA are feeling – disappointed the boom that drove the state to record levels of activity has come to an end, with the 15 per cent fall largely in line with community sentiment.

STOCK market prices are not always an accurate guide as to how a company is performing, or a useful pointer to future performance, as the wide divergence of views about Fortescue Metals Group demonstrates.

A natural candidate for the BN30 index, FMG is one of the biggest companies in WA and one of Australia’s top 50, but it remains a deeply divisive business that financial analysts either love, or hate, a point evident in the wide-range of share-price forecasts.

If you believe leading local investment bank Macquarie, FMG is heading higher, with $2.80 as the likely peak price over the next 12 months, up around 50 cents (22 per cent) on recent sales at $2.29.

If you believe leading US investment bank Goldman Sachs, FMG is heading (a lot) lower, with 85 cents the likely future price, down $1.44, or 63 per cent.

Both banks can’t be right, though in the case of FMG, divergence is the common thread when it comes to investment recommendations.

Those prices makes Goldman Sachs the standout pessimist when it comes to analysing FMG, which would normally be a reason to dismiss the forecast – if it wasn’t from the bank that has a habit of getting it right more often than getting it wrong.

The Business News 30 stock market index was officially inaugurated on January 4 2016. The only difference from Treadgold's original group of 30 was we replaced Aspen Group, a tourist park owner, with Fleetwood Corporation, a caravan and transportable home manufacturer, as the former had ceased to have significant links to WA. Aspen and Fleetwoods' share prices were remarkably similar, so the switch was additionally applicable beyond their focus on a similar part of the market - servicing tourists that travelled around Australia by road. The BN30 is a composite index of 30 listed WA-focused or headquartered stocks that largely reflect the state’s economic activity and fortunes - an analogy would be the basket of goods used to create the Consumer Price Index. Following the original formula of the world’s most watched stock market index, the Dow Jones Industrial Average, the BN30 represents the sum of the component prices divided by divisor that, for now, is 30. On January 4, a multiplier was then determined to bring the overall number to 100 and, thus, the same multiplier is applied daily to find the movement in the index. We will publish it fortnightly on our Directors Interests page or readers can see the chart updated overnight based on closing share prices at https://www.businessnews.com.au/asx-chart/bn30