Numbers are hard to accept 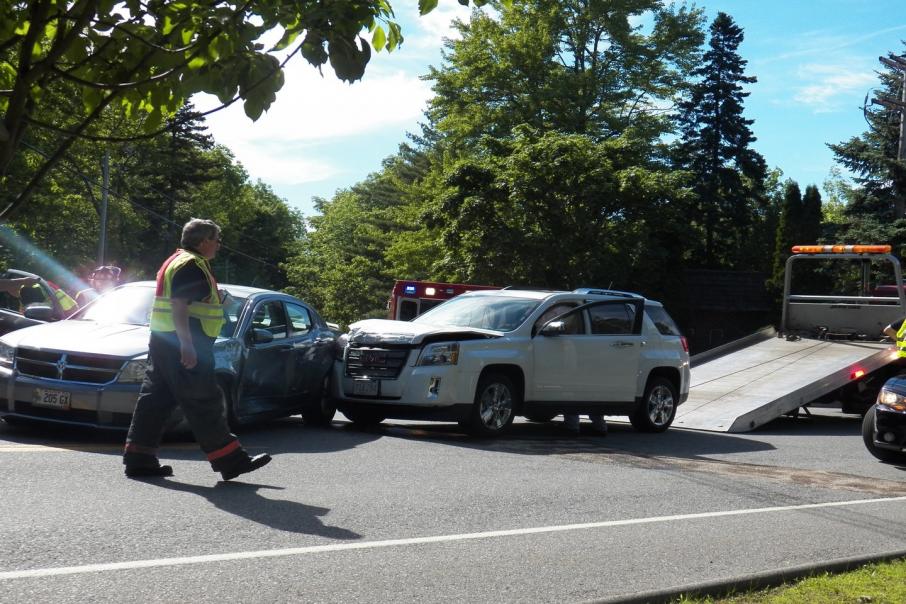 Australia loses around 1,400 people per year (every year) to car accidents.

One of the arguments against the current pandemic lockdown that we are experiencing is that the death rate from COVID-19 is smaller than other causes of mortality – death rates that we endure year after year without stopping our economy.

There is some reason in this argument, especially as we hopefully see in coming weeks that the current reduction in new infections continues and we enter a new phase of loosening restrictions.

In the end it is true that, with fewer than 100 deaths at the time of writing, Australia could be accused of over-reacting. We lose more than 8,000 people a year to lung cancer and yet we continue to allow the sale of cigarettes, opting for taxation and confronting health messages rather than shutting down a single industry.

In fact, according to federal government statistics, lung cancer annually causes more than 30 deaths per 100,000 people, around the same mortality rate from COVID-19 in hard-hit countries like Italy and Spain where the disease has run rampant.

Then again, those virus death rates are not annual, they are just over a couple of weeks and would be much higher if those nations had not moved to emergency restrictions much tougher than anything currently in Australia.

Another argument is car accidents. We lose around 1,400 people per year (every year) to car accidents yet we don’t shut down the roads, ban private cars or make the speed limit 20km/h, all of which would make the road toll much closer to zero.

We do, however, spend billions on making roads safer and have over decades implemented stringent design codes on vehicles and key equipment such as baby seats, which have added significantly to the cost burden of transport. Watching Quentin Tarantino’s Once Upon a Time in Hollywood, set in the late 1960s, you almost feel exposed as people drive around without seatbelts or much in the way of concern for safety. In other words, over time, we have acted with economic measures to reduce road trauma. It was just harder to notice.

I guess this begs the question: what mortality rate is acceptable if and when we return to a more business-as-usual state?

In Australia, around 160,000 people die in any given year. More than 80 per cent are over 65 and have underlying health issues that eventually take their toll. From what we understand now, COVID-19 is most fatal to that age group, especially people with underlying causes that will most likely take their life in any case – including Australia’s biggest killer, heart conditions, and others major diseases such as diabetes, pneumonia and cancer.

A very cold-hearted view of the situation is that, if the pandemic was allowed to run its course with a business-as-usual scenario and a health system that could not cope, a big number of those people taken by it would have been among the 130,000 people who would have passed away from other causes during the next year. A very detached way of thinking about this is that their departure just would have been more orderly, spread out over an entire year, rather than in one big hit.

I’ve had these discussions. It is a very bleak and distant way of looking at the world. But economists, actuaries and others who forecast the future without emotion do sums like this all the time.

However, we all know it is not as simple as a mathematical formula.

Few of us are prepared to leave our parents, grandparents and community elders to the whims of a pandemic. We don’t know if they have days or decades left to live. Most of us don’t stand idly by and say: “Well, they’ve had a good innings”, especially if we thought there was something that could have been done to save them.

And there still would have been an enormous economic cost, shutdown or not, as those who could afford to lock themselves away did so and those less vulnerable did their best to support them. We all know that a huge amount of the resources of the health sector are thrown into the last stages of people's lives. We spend a lot just to eke out a very small amount of extra time alive. Allowing death without a fight is not our natural setting.

There is also a big emotional cost that comes with the unexpected. Wars of the past, and the pandemic has been likened to a war, have resulted in huge burdens on the societies even after peace. Often the emotional cost has only been realised long after its impact. People whose lives have been altered substantially and unexpectedly for the worse by sudden loss have always existed. But having big numbers of such cases at one time can change the fabric of society.

The fact is even if children, young adults and the middle-aged are less vulnerable, most of us would not willingly take chances we didn’t have to given the strong possibility that there wasn’t going to be a hospital bed or ventilator available if the virus got out of control.

And it's also worth considering that there are certain vulnerable people, small numbers admittedly, who would have a good chance at a long life if they avoid COVID-19.

For instance, people with cancer are dying in the pandemic because, in many cases, their immune system is compromised by treatments that might otherwise save their lives or at least extend them by many, many years.

Notably, the effort to save people in countries where COVID-19 has overwhelmed health systems has cost the lives of many young health professionals.

In the end, without knowing how bad it could be, we have erred on the side of caution. Perhaps if we had known more, been galvanised earlier, and somehow had a plan that foresaw the specifics of this particular variation of the coronavirus we could have locked away just the vulnerable and otherwise continued on, knowing that the rest of us were safe. Good luck with that!

Despite all the warnings, a lot of older people still went on cruises. Maybe it ought to be buyer beware, but I suggest it will be a lot easier to have the elderly remain locked down for a few months now that everyone has done it. I see this pandemic mitigation having a long but ever-diminishing tail of restrictions.

And comparing to car accidents victims or death rates from smoking or even pneumonia is missing the point.

All of those have been either with us forever or a very long time. We have learned to live with them, to a degree, all the while attaining mastery over them bit by bit.

The flu used to kill millions of younger people; it doesn’t anymore. Roads and cars have become safer year after year – at enormous cost to the community – such that death rates are falling even as the number of cars climbs exponentially. Taxes and education have reduced the number of active smokers to a tiny fraction of the population, and many recent lung cancer deaths are people who gave up the deathsticks years ago.

A final word on this. Many of those who initially questioned the merit of a shutdown used the mortality numbers from January when China was first hit and locked down. That was, in my view, premature.

The Chinese authorities did their own people and the rest of the world a great disservice when they hid this issue from public and allowed the pandemic to get out of control, initially in Hubei.

While there may be an argument that a totalitarian regime could and did act quickly once it realised its mistake, I simply struggle to believe that China had fewer than 3,500 deaths from more than 80,000 cases. The UK had three times the number of fatalities from the same case load. China has one of the lowest mortality rates compared to cases and population, despite being caught without warning and having to learn on the run as a result. How is that possible?

Is it possible that sanitised Chinese data allowed a sense of complacency to creep in? If 3,300 people died out of 1 billion, or even 50 million in Hubei, what risk was there to us?  It was only when Italy started to suffer we realised that it was bigger than we had at first thought and that we didn’t know if it would take the same toll as car accidents, lung cancer or simply match our annual national death rate and double it.

The lockdown occurred when it became obvious that, unlike SARS, the pandemic was going to hit us, not stay limited to Asia.

The upside from our current state of lockdown is we can emerge bit by bit, and soon I believe, staging a comeback to normality and debating these changes democratically as we go. What level of mortality the community, as a whole, can accept remains unknown.