Numbers adding up for Pica

Perth’s contemporary arts institute has increased its overall income by 96 per cent in nine years by diversifying its supporter base. 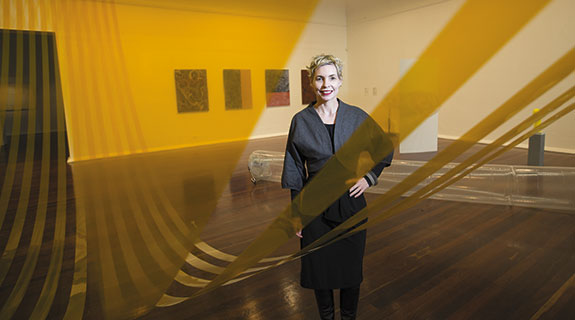 Perth’s contemporary arts institute has increased its overall income by 96 per cent in nine years by diversifying its supporter base.

The Perth Institute of Contemporary Arts has almost halved its reliance on government support in the past nine years, at the same time more than doubling its revenue by targeting individual benefactors and entering into corporate partnerships.

As an added benefit to diversifying its income stream, Pica’s interaction with new supporters has led to a four-fold increase in audience numbers during the past five years.

At that time, the annual budget for supporting dance, experimental theatre, live art and other exhibitions was about $900,000, almost 90 per cent of which came from government.

Rather than continuing to go cap-in-hand to government, Ms Barrett-Lennard was determined to access alternative funding streams, and so hired a new development manager to shift the institute’s financial focus.

Almost a decade later, the strategy is paying dividends. Pica’s annual income is now nearly $2 million, and government funding makes up less than 54 per cent.

“We realised as an organisation that in order to develop a fundraising program from scratch we needed to think really cleverly about it and develop something not being offered by other organisations,” Ms Barrett-Lennard told Business News.

Rather than request artists donate work for auction, as some arts organisations did, Ms Barrett-Lennard said she and her team instead devised a two-pronged beneficial strategy.

Through ART1000, individuals make a $1,000 tax deductable annual donation and ‘become a member of the ‘Pica family’ learning about and gaining access to art, exhibits and behind the scenes activities.

They are also invited, along with ART5000 members, the newest additions to Pica’s fundraising strategy, to buy artwork presented exclusively at Pica Salon’s opening night in an exhibition then opened to the public.

Ms Barrett-Lennard said Pica had built up a lot of goodwill by giving all art sale proceeds to artists and retained about 90 per cent of ART members year on year, of which there were now about 70.

The other addition to Pica’s growing income stream is through corporate partnerships for innovations such as Spark_Lab, an education program supported by Rio Tinto that creates bespoke artistic programs for primary and secondary school students.

“The program is very much about students leading it and directing it themselves and working closely with artists and developing problem solving and leadership skills,” Ms Barrett-Lennard said.