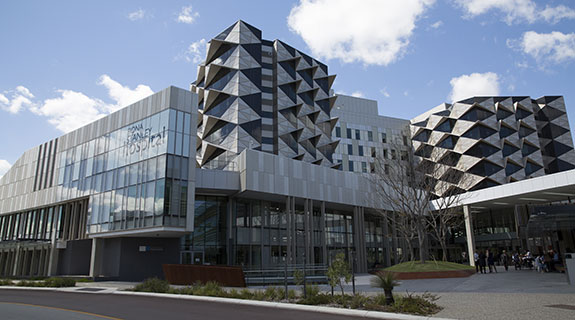 Even teething issues at a new facility such as Fiona Stanley Hospital attract horror headlines.

The ageing population has long been viewed as a demographic wave that will deeply affect the Australian economy.

Perhaps nothing else will be as directly affected as health care, a sector that faces both massive threats and huge opportunities from the baby boomer cohort as it stops working, slips into retirement and, inevitably, demands more medical attention.

For governments already weighed down with the burden of high debt and falling revenues, this looming change is a double-edged sword. More people will be demanding state-funded health care at a time when fewer people are working and paying the taxes needed to foot the bill.

Private players are typically more flexible in how they can choose to allocate resources; they will go where the market takes them in many instances, or at least what the market will bear.

However, many in the private sector, including huge businesses owned by charitable organisations or other not for profits, are reliant on government funding for a big part of their revenues. That funding is being squeezed, just as it is for the directly controlled state-run system.

Naturally, industries faced with revenue squeezes will seek productivity gains as one way of continuing to deliver similar services for less money.

But few sectors face the legacy issues health does. Huge hospitals challenge even the greatest innovators when it comes to rethinking the processes of health care; it is hard to tear down walls and introduce communications conduits, let alone deal with more sensitive problems like asbestos insulation and noise from emergency vehicles in built-up suburbs.

Even teething issues at a new facility such as Fiona Stanley Hospital attract horror headlines.

Then there is the issue of personnel – highly unionised in many cases. Asking anyone to do more for less is a challenge, let alone when it’s linked the highly politicised and emotional issue of free health care.

Doctors, nurses and even hospital cleaners are adroit at manipulating the issues around health care to ensure government is restricted in changes it can make. In some ways this is simply robbing Peter to pay Paul, because other government services suffer. Then again, few people argue about this priority when they are in the emergency theatre, surrounded by the best experts money can buy.

There’s a good reason why health continues to grow its share of the state and federal budget – voters want the best and, in many cases, they are prepared to have someone else pay for it.

The problem is that is it is increasingly hard to ensure services are the best when the price for new procedures, drugs, medical equipment and specialist staff is rising exponentially.

This is a vexing issue for governments, but it does create big opportunities for private players.

Increasingly, non-government operators are growing market share, either by servicing the top end of the market – which has grown impatient with waiting and with service levels in state-run facilities – or by partnering with the state in ways that allow productivity gains to be shared between the state and shareholders.

In the health insurance business, this shift provides some room for growth, even though the sector remains heavily regulated.

Intriguingly while the market’s attention is dominated by the ageing population and its impact – wanting more expensive health care services for longer and longer – insurers have always had an eye on the younger market, a relatively low-risk cohort that helps defray the cost of older members.

The young are also open to technology that may well help defray those costs further.

Offering a fitbit or some other personal device is more than just a gimmick. Such products encourage more focus on health by providing feedback on performance and vital signs. In future, it is easy to imagine such information not only helping individuals head off health crises, but also their insurers and health providers if they are connected to the data. It might sound like big brother, but perhaps that is the price the next generation has to, or is willing to, pay.