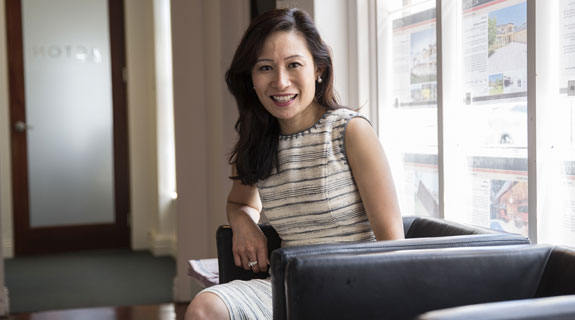 LJ Hooker has signed the services of one of the state’s top real estate agents, with Vivien Yap to open a new agency in Claremont.

Business News broke the news online earlier this week that Ms Yap had left ACTON Dalkeith Real Estate, the agency where she had spent the first four years of her real estate career.

Other accolades won by Ms Yap include 2014’s top sales person by the Real Estate Institute of WA and grandmaster salesperson by Reiwa in 2013.

Remarkably, Ms Yap only began selling real estate in 2011, after previously having owned a string of pharmacies across Perth.

The move to LJ Hooker, Ms Yap said, was a carefully considered decision.

Business News understands Ms Yap has spent the past few days evaluating six separate offers from some of WA’s top real estate brands to set up her own agency.

Ms Yap said executives from LJ Hooker’s eastern states headquarters met with her earlier this week, at short notice, once she decided to leave Acton.

“That’s what really attracted me to them because they can move so fast,” Ms Yap told Business News.

“And I never thought they were such a big powerhouse, that’s the reason I chose them.

“They have 750 offices globally across nine countries.”

Ms Yap said she had always aspired to open her own agency since entering the industry, but never thought she would have the opportunity so early in her career.

“For the majority of people, to start their own office in real estate it takes them five to seven years,” she said.

“But because I got traction faster, I thought it would be nice to learn a lot more from a really sleek international operation.”

LJ Hooker Claremont will be located on Bay View Terrace and will be the 42nd franchise in the group, following the opening of franchises in Bunbury, North Beach and Subiaco earlier this year.

The office will open in around six weeks, however, Ms Yap said she was already operating.