Perth-based wearable technology company Nuheara has enjoyed a bright start to trading on the ASX, with investors in its $3.5 million capital raising sitting on big gains today. 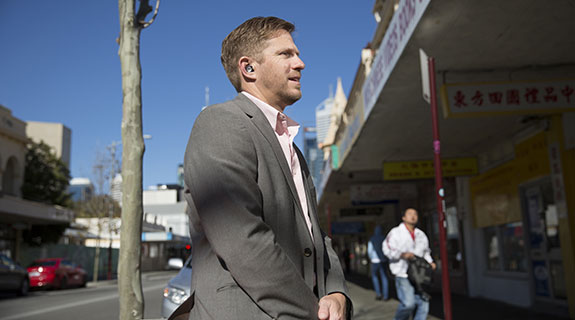 Perth-based wearable technology company Nuheara has enjoyed a bright start to trading on the ASX, with investors in its $3.5 million capital raising sitting on big gains today.

Nuheara shares were trading at 4.8 cents at 1pm Perth, up from an issue price of 2.5 cents.

They peaked in morning trade at 5.5 cents.

Perth-based managing director Justin Miller said the company was making good progress towards its goal of having its first commercial product in the market before the end of this year.

The startup company’s listing came 10 months after it announced plans for a reverse takeover of Wild Acre Metals, and five months after it was forced to backtrack because of regulatory concerns.

The Australian Securities and Investments Commission put a stop order on its original prospectus after raising concerns about Nuheara’s intelligent ear-bud technology.

Nuheara responded by raising $500,000 privately, to fund development of a wearable prototype.

It was also able to renegotiate the terms of the reverse takeover, with Nuheara’s founders acquiring a larger stake in the listed company and the capital raising proceeding at a higher issue price.

Silicon Valley-based co-founder David Cannington said that in many respects Nuheara was in a better position now compared with its original timetable.

Its prototype IQbuds were developed in tandem with research scientists at Curtin University.

The company has a research agreement with Curtin, under which it is providing nearly $300,000 to fund research into advanced audio digital signal processing technologies.

Messrs Miller and Cannington are Nuheara’s major shareholders, with each having an 11.4 per cent stake, while Carnegie Wave Energy managing director Michael Ottaviano has a 4.5 per cent stake.

Mr Ottaviano, who is also a non-executive director at Nuheara, was granted 24.8 million shares for his role as a facilitator of the reverse takeover and listing.

The Nuheara transaction was the eighth WA-related backdoor listing to be completed this year, according to research by Business News.

Other tech companies to list this year include Adelaide-based Alcidion Corporation, which counts Perth-based Nathan Buzza as an executive director.

Most other listings are international or interstate businesses that have listed through the shell of a Perth-based exploration company.

These include TV2U International, which retains its registered office in Perth, Canada-based Zyber Holdings, US-based Department 13 and Sydney-based Rision.