Now the good news – the only way is up

July 1 will be little more than a date on a calendar for business, with only incremental change likely in the conditions that made 2014-15 such a grim year. 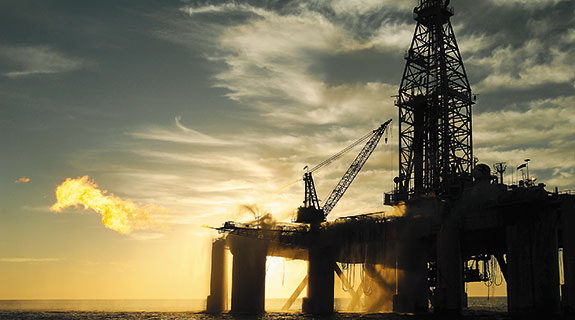 July 1 will be little more than a date on a calendar for business, with only incremental change likely in the conditions that made 2014-15 such a grim year.

If you’re among the many who can’t wait to see the back of what has been an extraordinarily tough financial year, then consider whether it will be any better from July 1.

To answer ‘perhaps’ may sound like sitting on the fence, but in reality there’s no guarantee that business conditions will get much better when the calendar rolls past June 30.

Commodity markets, the place were Western Australia makes its living as an exporter of minerals, food, fibre and energy, could get better; thought that’s an observation based on the assumption that they can’t get any worse.

Financial markets, the place that provides the capital to fund resources developments and debt for business, households and government, face a potentially wild ride as the US starts to ratchet up interest rates.

Australian politics, to twist a famous description of Russia, remains a pigsty, inside a swamp, stuck in a quagmire.

Government in Canberra is barely functioning, and will become more erratic in the lead-up to the election due sometime in 2016 (and no later than January 14 2017).

Government in Perth is more stable but the heat will rise as the premier, Colin Barnett, decides whether he wants to remain in the top job beyond his 65th birthday on July 15. (Note to self, must remember to drop the potential pensioner a birthday card).

Before peering a little deeper into the crystal ball, it’s worth a flashback to what’s happened over the past 12 months, looking at where we started and where we’re reached a few days before the end of the financial year.

The big mover in financial markets was the oil price, which plunged by 42 per cent from $US110 a barrel to around $US63/bbl, knocking confidence out of the state’s increasingly important gas-export industry.

The dollar was another big mover during the past 12 months, dropping by 18 per cent from US94 cents at this time last year to around US77 cents today.

On the stock market, the small iron ore miners were hit hardest. Some were knocked out of the game altogether, while local leader Fortescue Metals Group lost 51 per cent of its value as its share price plunged from $4.50 to around $2.20.

The outlook is for most commodity prices to stabilise around their current levels, with the best hope for a boost coming from a fresh fall in the value of the local dollar, which could soon slide below US70 cents.

The reason commodities are unlikely to rebound quickly (particularly the oversupplied iron ore market) is a function of slower demand growth in China and lingering uncertainties in other parts of the world; Europe will be an ongoing problem as fear of a ‘Brexit’ (British exit from the EU) will pick up from where fear of a ‘Grexit’ (Greek exit) leaves off.

Iron ore, the key to WA’s boom years (remember them?), is facing a fresh downturn as an estimated 150 million tonnes of additional material from new mines, such as Gina Rinehart’s Roy Hill project, hit the market.

Oil appears to have started to slow recover from last year’s slide below $US50 a barrel, though the immediate outlook is for $US60/bbl being the new benchmark thanks to a plentiful supply of all forms of energy. Hands up anyone who remembers peak oil theory?

Nickel could rebound sharply, but after hitting a six-year low last week it can’t go much lower. Gold will also be under pressure because its bogeyman, the US dollar, should rise as US interest rates are slowly ratcheted up, a move expected to start in the next six months.

Perhaps the most optimistic observation about the 12 months ahead is that we should see the first signs of a recovery, though that’s largely because most mineral prices have hit the bottom, or are close to it, and the agricultural sector is steadily improving – rain permitting.

WHILE governments in Australia are wondering what to do about Uber, the US-based masterminds behind the non-taxi service that looks and smells like a taxi service are branching out into other disruptive offerings, starting with an attack on parcel deliveries.

Last week, Uber made a foray into Canada’s financial capital, Toronto, with a food delivery offering that takes lunch to its subscribers. UberEATS is already operating in New York and number of other US cities.

The point about a lunch delivery service using a mobile telephone app is not simply how smart and logical a step up the food chain it is; it also raises the question of what’s next for the driving principle behind Uber – which is the empowering of small business operators to make money from their own assets.

Uber, after all, is not just a slick business; it’s a way for people who own a car to make money from that car. It could soon be the same for anyone who owns a small pickup truck or utility to plug into a Uber system to become a deliveryman in his spare time.

Taken to its logical extent, the wider use of the Uber business model could lead to an offering of services, with the owners of assets being empowered to rent out those assets as the world is uberised.