An annual ratings guide out today shows the University of Notre Dame and Edith Cowan University as the top-performing higher education institutions in Western Australia. 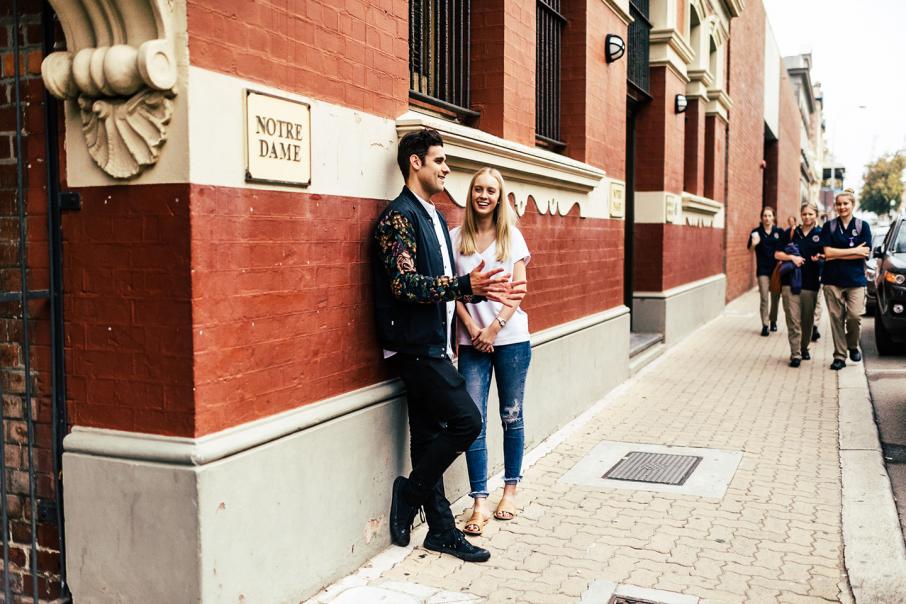 An annual ratings guide out today shows the University of Notre Dame Australia and Edith Cowan University as the top-performing higher education institutions in Western Australia.

Notre Dame's standing on the national stage was also confirmed by its number one ranking Australia-wide in terms of 'overall experience'.

The Good Universities Guide (GUG) 2019 provides a comparison of universities across the country using a range of measures, including the federal government’s quality indicators for learning and teaching.

Of the 14 categories, Notre Dame received a five-star rating for half of them.

A five-star rating is achieved in a category if a university is among the top 20 per cent of higher education institutions in the nation.

According to the guide, Notre Dame graduates have the highest starting salary in the state at $62,000, while 79.1 per cent of alumni are employed full-time four months after completing their course.

ECU was the only other WA university in the top 20 per cent for starting salary at $60,500, with the University of Western Australia, Murdoch University and Curtin University all recording a starting pay packet of $60,000.

Notre Dame provided the best overall experience in the country, with 91.1 per cent of students saying they were satisfied with the overall quality of their educational experience. 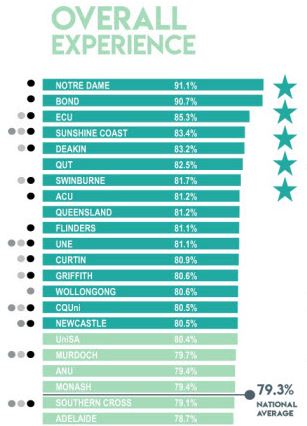 Notre Dame was the top-performing university in the country for overall experience.

The university also scored highly on skills development (90.7 per cent) and student support (85.2 per cent).

The proportion of students satisfied with the quality of teaching was also among the top 20 per cent in the nation at 90.9 per cent.

ECU also performed well in the GUG, with five-star ratings across six categories.

Aside from starting salary, ECU was also in the top 20 per cent nationally for other measures including overall experience, skills development, student support and teaching quality.

ECU students reported an 87.6 per cent level of satisfaction with the learning resources provided by the institution.

ECU was also the number one ranked university in WA for the newly created first generation category, which compares universities by the proportion of the student cohort who are the first in their family to pursue tertiary education.

Thirty per cent of ECU students fell into this category.

“Five stars are awarded to universities that rank in the top 20 per cent nationally and I am delighted that Curtin University has achieved this result across four key categories,” Professor Terry said.

“Curtin is committed to offering students a quality education with real-world experience in order to prepare them for their future careers, so I welcome the positive ratings students have provided the University.

“As Western Australia’s largest university and with a growing international footprint across Malaysia, Singapore, Dubai and Mauritius, Curtin aims to ensure students enjoy positive experiences during their time studying at the university.”