Nothing firm from Albanese on "trillion dollar" debt 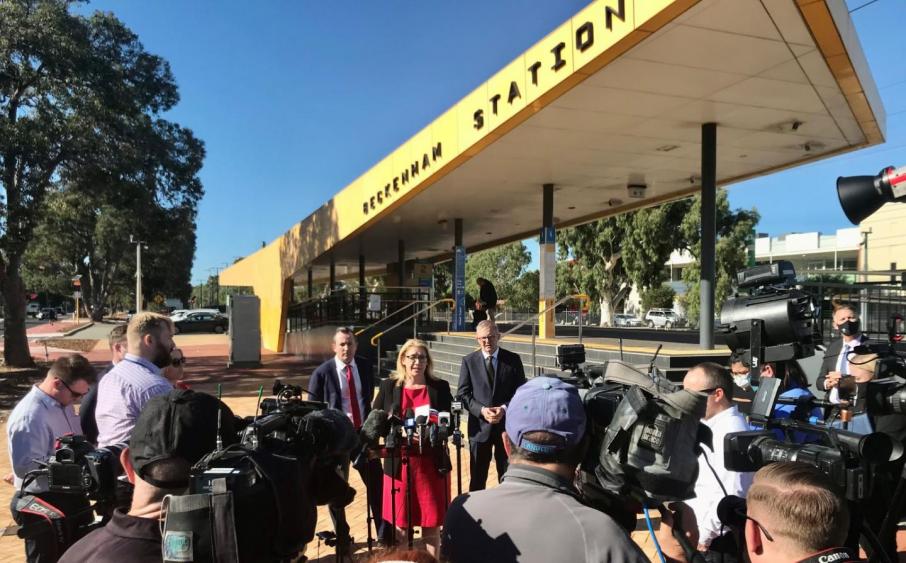 On the campaign trail in Perth this morning, Mr Albanese offered no specific solutions despite regularly warning that a generation of Australians would be "saddled" by a looming $1 trillion debt.

He has previously signalled a policy to crackdown on "multi-national tax evasion", but no details have been released.

"Well, our plan is exactly as we have outlined," Mr Albanese said. "We have a plan to actually prioritize growth and productivity."

Australia's economy is already forecast to grow by up to 4.25 per cent this financial year, exceeding all expectations.

Mr Albanese was in Beckenham to promise $87.5 million towards removing the William Street level crossing as part of Labor's Metronet project should he win office.

"This project here today is an example of an investment that will produce a return if you make it so that people don't have to stop 266 times a day," he said, referring to the queues of traffic each time a train passes through. "What you are doing is boosting productivity. That's our priority in terms of infrastructure."

Removing the level crossing will cost $175 million, and transport minister Rita Saffioti said it would be added to other major works being carried during the 18-month closure of the Armadale line.

It was the second day the federal Labor leader had been on the campaign trail with Premier Mark McGowan.

He also urged the Morrison government to consider expelling Russian diplomats, as the evidence of war crimes in Ukraine mounts.

"What I'm suggesting is that the government should consider doing what countries like France and Italy and others in Europe have done, which is to expel diplomats in response to the outrageous atrocities that are being committed," Mr Albanese said."We have civilians being murdered. We have rape being used as a weapon of war."