Perth tech companies Norwood Systems and rent.com.au have completed capital raisings worth a combined $9.3 million, with Norwood planning to raise a further $1.5 million to fund further marketing of its products. 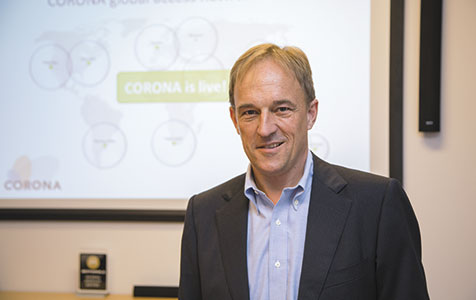 Perth tech companies Norwood Systems and rent.com.au have completed capital raisings worth a combined $9.3 million, with Norwood planning to raise a further $1.5 million to fund further marketing of its products.

Telecommunications company Norwood completed an oversubscribed placement of 70 million shares at 8 cents each, raising $5.6 million, and plans to conduct a share purchase plan through the issue of a further 18.7 million shares at the same price to raise a further $1.5 million.

The raising follows a recent run-up in the company's share price to 14 cents before it entered a trading halt.

The company said the raising was at a 6.4 discount to its 10 day volume-weighted average price, but a 20.9 per cent premium to its 30 day VWAP.

In a statement, the company said the proceeds of the raising would be used to fund marketing of its products next year, including for its World Phone product, which is launching on the android platform later this month.

It will also put funds towards research and development of current and future service platforms.

“It’s important for us to demonstrate that we will use and apply shareholder’s funds wisely,” he said.

“As we increase the download base of World Phone, we inexorably see a corresponding increase in the daily revenue as downloaders convert into paying customers.”

Azure Capital and Foster Stockbroking acted as joint lead managers to the placement.

Meanwhile, rent.com.au has raised $3.7 million through the placement of 13.2 million shares at 28 cents each.

The price was a 12.5 per cent discount to the company’s last closing price, but was at no discount to its 10 day VWAP.

Rent.com.au plans to use the funds raised to expand its marketing activities, further its product development.

Managing director Mark Woschnak said the company had reached a number of initial targets well ahead of schedule.

“With this additional capital we are now well placed to accelerate our marketing, product development and sales objectives,” Mr Woschnak said.

Grange Capital Partners acted as lead manager to the placement.

Both Norwood and rent.com.au listed on the ASX just five months ago, after completing a $5.5 million and $5 million initial public offering (respectively) in June.

Norwood shares were 3.5 per cent lower to 13.5 cents each, while rent.com.au shares were 6.2 per cent higher to 34 cents, at the close of trade.