Northern Star Resources looks set to emerge as the fifth biggest gold mine operator in Western Australia following its $75 million acquisition of Barrick Gold's majority stake in the East Kundana joint venture and the Kanowna Belle mine. 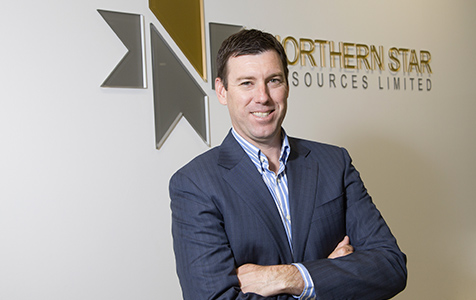 Northern Star Resources looks set to emerge as the fifth biggest gold mine operator in Western Australia following its $75 million acquisition of Barrick Gold's majority stake in the East Kundana joint venture and the Kanowna Belle mine.

Northern Star said the transaction would lift its production to more than 350,000 ounces per annum in 2014, which would make the company the fifth biggest gold mine operator in WA according to Business News IQ research.

Newmont Mining remains the biggest gold mine operator on the list, having produced more than 1.3 million oz in the 2012-13 financial year.

Barrick, which last year sold its Yilgarn South operations to South African company Gold Fields for $318 million, is set to fall to sixth on the list, with the Kalgoorlie Superpit its last remaining WA gold project. 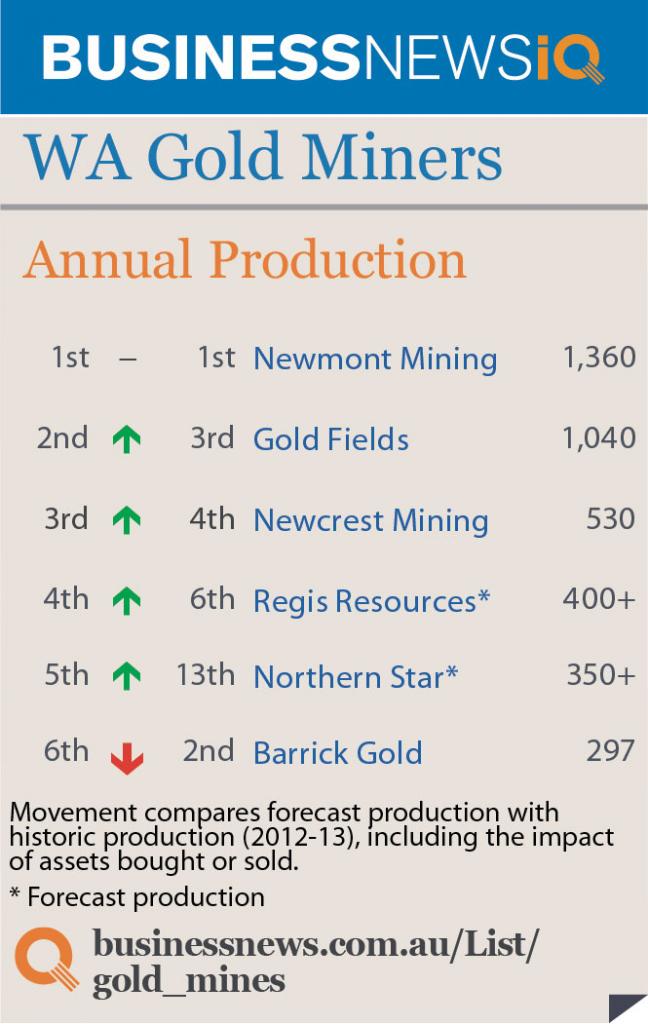 Gold Fields climbs to second place on the back of the Yilgarn South acquisition, overtaking third-placed Newcrest Mining, while Regis Resources is set to climb to fourth place if it achieves its 2014 production guidance.

The transaction will be funded through a combination of debt funding, a proposed equity capital raising and existing cash reserves, which are expected to stand at about $15 million following the completion of the Plutonic acquisition.

Northern Star will launch a $100 million share placement at 86 cents per share, with the placement fully underwritten by RBC Capital Markets and representing a 13.1 per cent discount to the company's last closing price.

It has also entered into a $50 million revolving loan facility with Investec Bank Group.

While Northern Star said the loan facility would provide financial flexibility for the company, the company will consider implementing for the first time a small hedge program to reduce the risk associated with gold price volatility.

"We are driven by shareholder returns, not by merely adding ounces and tonnes to our balance sheet, and we see this transaction as highly accretive in terms of shareholder value," he said.

The East Kundana project is located 20 kilometres west of Kalgoorlie and consists of the operating Raleigh and Rubicon-Hornet mines and the Pegasus deposit, which is currently the subject of a feasibility study.

The project is a joint venture between Barrick (51 per cent), Tribune Resources (37 per cent) and Rand Mining (12 per cent).

Northern Star is confident the Pegasus deposit can be brought into high-grade production quickly and at a relatively low capital cost, generating operational savings at Raleigh and Rubicon-Hornet.

The Kanowna Belle underground mine is located 18km north-east of Kalgoorlie and has resources of 1.1 million oz as well as a 1.8 million tonne per annum plant capable of processing refractory and free-milling ore.

The acquisition is expected to settle in early March, with Ashurst Australia acting as legal adviser.

Northern Star this morning entered a trading halt as it prepares to launch its planned equity raising, having last traded at 99 cents per share.

See Tim Treagold's column today for analysis of the deal.