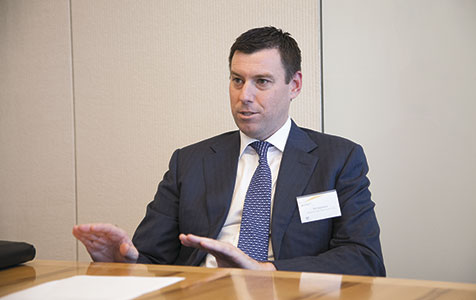 The Hermes project has a 212,000-ounce resource and is in close proximity to Northern Star’s Plutonic gold operations.

Northern Star, headed by Bill Beament, has also agreed to a joint venture the West Perth-based explorer on additional tenements in the Bryah Basin, including the Wilgeena gold deposit, which has an indicated resource of 87,000oz.

“The acquisition is designed to provide additional near-surface mill feed for the Plutonic gold operations,” Northern Star said in a statement.

Under the terms of the deal, Northern Star will acquire 33.3 million Alchemy shares for $500,000, through a placement which values the shares at 1.5 cents each, giving the gold producer a 15 per cent stake in Alchemy.

By spending $1.2 million over three years, Northern Star will earn an 80 per cent interest in the Bryah Basin project, excluding the areas under an existing joint venture with Independence Group.

Northern Star will also pay Alchemy a 1 per cent net smelter return on refined gold recovered from the Hermes tenements in excess of 70,000oz and up to 90,000oz.

As a result of the deal, Northern Star will be entitled to nominate a non-executive director to Alchemy’s board.

Last week, Northern Star posted a 573 per cent rise in profit to $51.1 million for the six months to December, with a strong growth in production, lower costs and increased free cash flow.

Alchemy soared on the ASX this morning, rising 23.5 per cent to 2.1 cents per share.