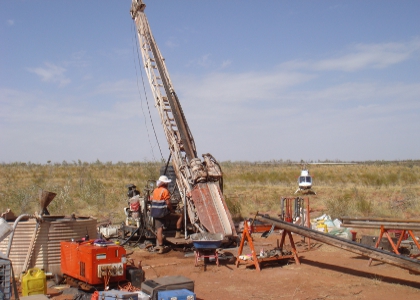 Northern Minerals has announced $58 million in financing arrangements to fund the completion of a feasibility study at its Browns Range heavy rare earths project near Halls Creek.

The company’s shares have jumped on the ASX following the announcement, trading up 11.4 per cent at 19.5 cents at 11:30AM, WST.

The funding package includes the sale of a 16 per cent stake in the Browns range project to major shareholder Australian Conglin International Investment Group to raise $26 million, including an offtake agreement covering an additional 20 per cent of production from the mine.

Northern Minerals will also launch a share placement priced at 20 cents to raise $3.76 million, and will also kick off a $26.5 million rights issue, which has been fully underwritten by Conglin.

Managing director George Bauk said the arrangements would provide the company with security of funding to the start of construction at Browns Range.

“The agreement is a major boost for the company,” he said. “It is a real vote of confidence in the Browns Range assets and our pathway to production.”

“As well as delivering a major funding boost, the transaction also provides a strategic divestment of non-core assets and allows all existing shareholders the opportunity to participate in the company’s growth via the rights issue.”

Northern Minerals recently released an initial JORC compliant resource at Browns Range, and its exploration and resource development programs are targeting between 22,000 and 29,000 tonnes of total rare earths oxides.