The founder of failed property investment group Westpoint, Norm Carey, will lose his real estate agent certificate after the Commissioner for Consumer Protection took the matter all the way to the Court of Appeal. 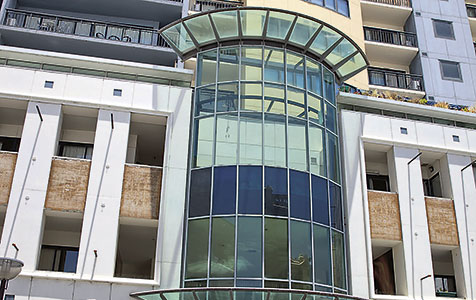 Paragon Apartments in the city, a Westpoint property project before the group collapsed.

The founder of failed property investment group Westpoint, Norm Carey, will lose his real estate agent certificate after the Commissioner for Consumer Protection took the matter all the way to the Court of Appeal.

In a unanimous judgement handed down this morning, the Court of Appeal set aside a previous ruling by the State Administrative Tribunal.

The dispute over Mr Carey’s certificate goes back to February 2012, when the Commissioner for Consumer Protection refused to renew Mr Carey’s triennial certificate on the basis that he was not a fit and proper person or of good character and repute.

Today’s Court of Appeal judgement means that the Commissioner’s original decision is reinstated and Mr Carey is not entitled to operate as a real estate agent in Western Australia.

Mr Carey was found guilty in February 2011 of five charges of breaching the Fair Trading Act in relation to the sale of a residential property development in Rivervale in 2005.

That trial found that a Westpoint company, via its agents, misled purchasers of units in the Regent Apartments development by falsely informing them that there had been indefinite delays to the project due to planning issues.

The agents caused purchasers to terminate their contracts of sale, then each of the units were re-sold at a higher price within a short period of time.

The Supreme Court dismissed an appeal by Mr Carey in January 2012 and the Court of Appeal dismissed a second appeal in August 2013; upholding the Magistrate’s Court decision and conviction.

SAT deputy president Judge David Parry evaluated the conviction in his December 2012 ruling and concluded that there was insufficient evidence against Mr Carey to deny him accreditation.

“Although Magistrate Malone’s findings were expressed in very strong and robust terms, and were obviously central to the determination of that case, we do not consider that those findings ... demonstrate that Mr Carey is a dishonest person,” Judge Parry said.

An estimated $388 million was invested by 4,000 investors in a series of mezzanine funds overseen by Westpoint, which collapsed in 2005.

In an embarrassing setback in May last year, the corporate regulator dropped an asset stripping charge after the discovery of new evidence two weeks into a District Court trial.

ASIC announced at the time that the newly discovered document supported the Westpoint founder’s version of events.

The case concerned the sale of the Warnbro Fair shopping centre.