Nomad Building Solutions has placed its Queensland operations on ice and appointed a new chief executive, having earlier moved to wind down its Western Australian-based regional housing and commercial modular building businesses. 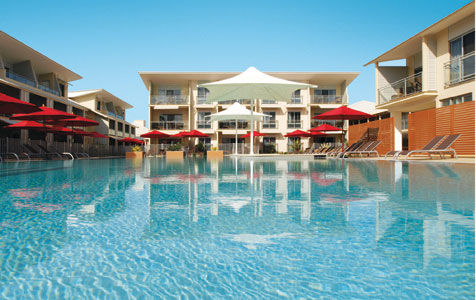 Nomad Building Solutions has placed its Queensland operations on ice and appointed a new chief executive, having earlier moved to wind down its Western Australia-based regional housing and commercial modular building businesses.

Nomad said today it would start work immediately to place Nomad Eastern States into care and maintenance, including retrenching the entire NES workforce.

"Historically, NES has had a reasonable track record for the efficient and successful delivery of transportable and modular accommodation and housing projects in the Queensland market," Nomad said.

"However the combination of poor industry-wide demand and the lack of available larger projects has resulted in intense competition at unacceptable margins and returns on shareholder capital. The near-term outlook continues to be bleak in a very competitive market, coupled with a severely reduced pipeline of opportunities."

Nomad said that by placing the business into care and maintenance it would avoid estimated losses of $400,000 per month.

Nomad chief executive Peter Hogan has resigned but will continue as a non-executive director, while chief financial officer Andrew Sturcke has taken over as chief executive.

The decision to shut down the Queensland operations follows the discontinuing earlier this year of two of Nomad’s WA-based businesses: Nomad Modular, which was focused on commercial modular buildings for clients across a range of sectors; and Rapley Wilkinson, which provided residential and commercial developments in regional WA.

Nomad said McGrath Homes had recently won work from a major corporate client and was enjoying a renewed level of activity in residential demand.