Politics and the market have collided in terms of oil supply and demand, with speculation the world might be in for an oil shock not seen for decades. 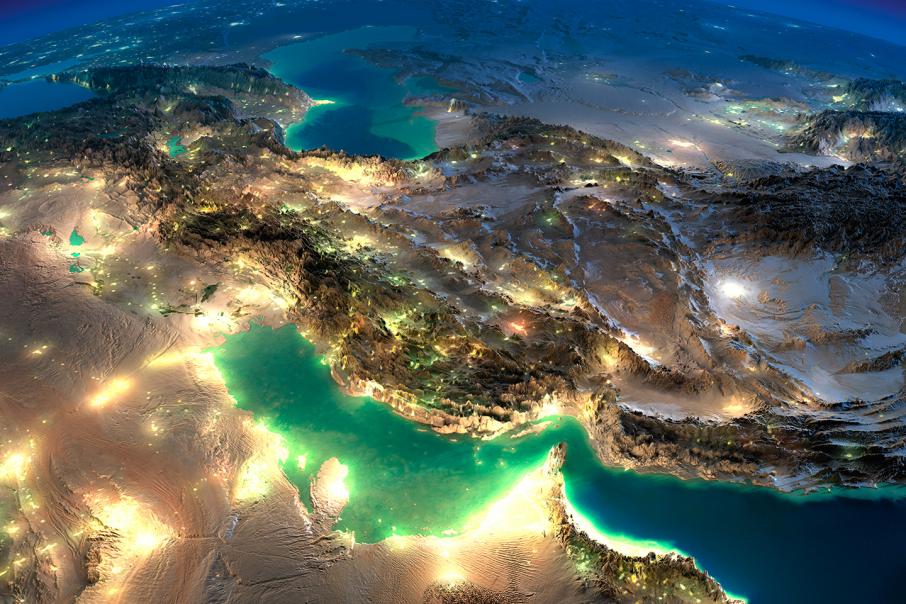 Iran’s threat to close the Strait of Hormuz adds to the existing pressure on oil supplies. Photo: Stockphoto

Celebrations to mark the breakthrough in Western Australia’s long-running GST dispute might be premature because another, perhaps more economically damaging, problem has returned as a growth-blocker – an oil shock of the sort not seen since the 1970s.

In what looks like a repeat of actions taken in late 2011 through 2012, Iran is threatening to close the world’s most important shipping route through the Strait of Hormuz at the eastern end of the Persian Gulf.

If that happens, the price of oil could easily double from its current $US75 a barrel to $US150/bbl, and more, triggering a cascade of economic and political events, just as happened in the original 1974 Arab oil embargo, which resulted in a 400 per cent oil-price rise.

There are differences in the current situation with the more distant past, including a reduced stranglehold on oil supplies once enjoyed by Middle East producers acting through their cartel, the Organisation of Petroleum Exporting Countries.

But the differences are not so great as to prevent a number of alarming price forecasts from top oil industry analysts, including Neil Beveridge from US research firm Sanford C Bernstein & Co, and a team of experts at the investment bank Morgan Stanley.

Mr Beveridge is the man who suggested earlier this month that any shortfall in oil supplies would result in “a super-spike in prices, potentially as much as the $US150/bbl witnessed in 1980”.

Morgan Stanley is more cautious, but its latest analysis of the oil market points to a price of $US85/bbl by Christmas, and then up to $US90/bbl in the year 2020.

The immediate cause of the crisis is Iranian anger at the reimposition of US sanctions on its economy after the US withdrew from the multilateral talks that required Iran to end research into nuclear weapons.

However, behind that potential trigger for a blockade of the Persian Gulf and its never-ending line of oil tankers, is an equally important event – an oil exploration and project development drought caused by a crash in the oil price four years ago, and now seen as the cause of an emerging oil shortage.

What’s happening is a blessing and a curse for WA. As a big exporter of natural gas, and a small exporter of oil, the state’s resources sector will get a boost from a higher oil price.

For commuters and transport operators, however, a higher oil price will hit profits, drive prices up, and push overall economic growth down.

Mining companies and farmers risk being hit hardest because of their long lines of communications, either by road or rail, and by the use of heavy, diesel-fuelled equipment in their operations.

Commuters with long trips from home to work will also feel the squeeze in the cost of petrol, which could have a knock-on effect on the value of residential property in outlying suburbs, and a beneficial effect on inner suburbs.

Tipping exactly what might happen if the oil price does double is tricky, but it is interesting to see that early-bird speculators have started to acquire positions in leading Australian oil and gas companies.

While the oil market seems to have undergone a sudden reversal from glut to shortage in a matter of months, it has actually been trending that way for the past two years thanks to production cutbacks by major producers and a lack of fresh investment.

In comments made to the Bloomberg news service, Mr Beveridge said the oil reserves of major producers had fallen to their lowest in a generation, paving the way for oil prices to surpass records reached last decade.

“Any shortfall in supply will result in a super-spike in prices, potentially much larger than the $US150/bbl spike witnessed in 2008,” he said.

While Iran’s threat to close the Persian Gulf, summed up in a comment from that country’s Revolutionary Guard, that “either all can use the Strait of Hormuz or no-one” is the immediate problem, the deeper and longer-lasting issue is the lack of investment in oil projects.

“The oversupply of crude oil globally in recent years has masked chronic under-investment,” Mr Bernstein said in a research report.

Morgan Stanley, in a report headed ‘All hands on deck for those with spare capacity’, said it was making meaningful changes to oil-supply forecasts thanks to reduced output from trouble spots, including Libya, Angola and Iran.

“On balance, this leaves the oil market tighter than before, with less spare capacity. We raise out Brent-quality oil forecast to $US85/bbl for the second half of 2018,” it said.

If correct, the Morgan Stanley price tip takes oil back to a level last seen in late 2014.

Anyone in for diamond digs?

Western Australia’s oil and gas industry might not be the only part of the resources sector about to enjoy a boost from international events, with rising diamond prices behind what looks to be the return of diamond explorers.

Until recently there was little good diamond news in WA, with the Argyle mine heading towards closure in the next few years and explorers struggling to convert meagre discoveries into commercially viable developments.

The most successful of the local diamond stocks in recent years has been Lucapa Diamond Company, with its rich discovery in the notorious trouble spot of Angola, and flashes of potential at its Brooking project in WA’s Kimberley region, where 119 small diamonds have been recovered.

In a recent exploration update, Lucapa said the first drill-core samples from Brooking had been sent to a Canadian laboratory for analysis.

Brooking is located about 50 kilometres from the Ellendale diamond project near Derby, which was the source of 50 per cent of the world’s fancy yellow stones before it was mothballed several years ago.

Encouraging exploration news from Brooking caused seasoned investment analyst Warwick Grigor to ask whether we could be witnessing a rebirth of a diamond exploration boom in WA.

More and better results will answer his question, but a pick-up in the local diamond search is occurring as diamond prices rise to their highest in five years thanks to the same combination of factors driving the oil price – strong demand and interrupted supply.

So far this year, polished diamond prices have risen by 4.5 per cent thanks to US and Chinese demand and the closure of the Kir mine in Russia, and a decline in supplies from Argyle. 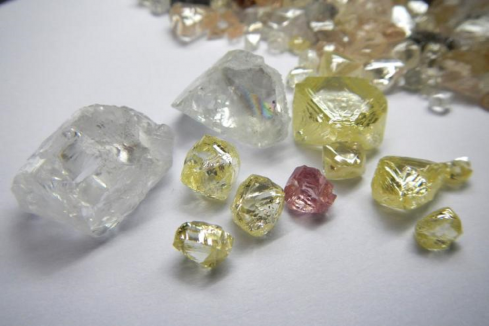