No regrets for Nalder

Dean Nalder has today expressed disdain for the political aspects of his parliamentary career while making no apologies for his leadership ambitions. 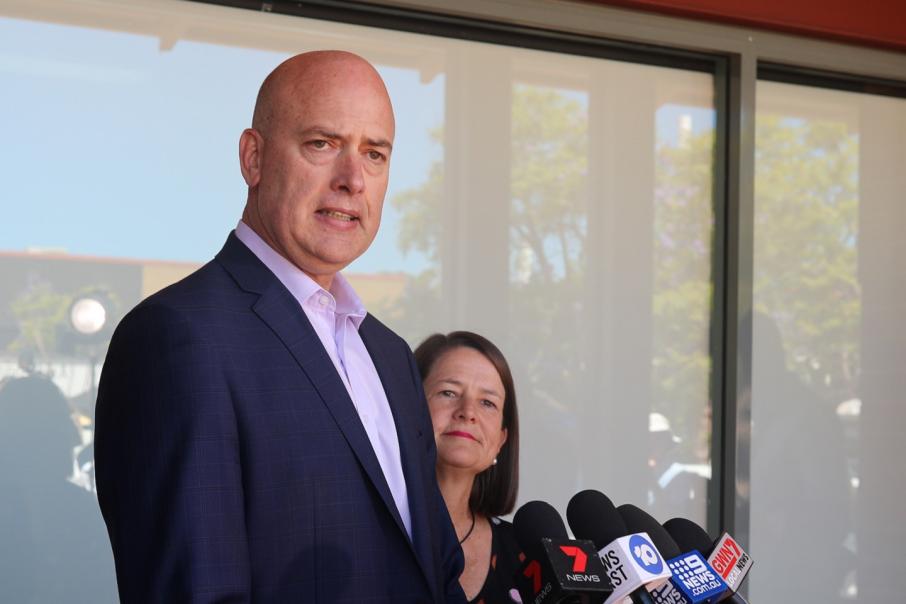 Dean Nalder, with HIS wife, Collete, speaking outside his electorate office in Applecross. Photo: Jordan Murray

Dean Nalder has expressed disdain for the political aspects of his parliamentary career while making no apologies for his leadership ambitions.

Those comments come fewer than 24 hours after Mr Nalder announced he was retiring from politics and vacating the seat of Bateman ahead of the next state election.

Mr Nalder had just one week earlier contested the Liberal Party WA's leadership, withdrawing his candidacy before a partyroom vote.

Zak Kirkup was elected to the position unopposed.

While Mr Nalder expressed disappointment with the outcome this morning, he said he had no regrets and that he didn't shy away from wanting to be party leader.

"As I said to quite a few people, I've developed a greater apprecaition of and respect for the importance of parliament, but a greater disdain for the game of politics," he said.

"That's the reality of the situation.

"I gave it my best and ... I believe it's the right time for us to consider our future as a family."

Mr Nalder was first elected to state parliament in 2014 representing the seat of Alfred Cove, before a redistribution drew him into a preselection battle with Matt Taylor for the seat of Bateman ahead of the 2017 state election.

While Mr Nalder narrowly won preselection for the seat, he faced the opposition of Nick Goiran, who backed Mr Taylor in the race for the safer of two seats for the Liberal Party WA.

Mr Nalder told reporters he had taken issues with the Western Australian Electoral Commission's redistribution to the Corruption and Crime Commission.

He said he believed he was denied automatic incumbency despite the majority of his old electorate being drawn into Bateman.

"I wrote to the electoral commisioner seeking an answer, [and I] was not satisfied with the answer I got, but I had to move on," he said.

"At the same time, in that process, I had to take on Nick Goiran and Matt Taylor.

"It was a lot bigger battle than people understand.

"It was a nine-month battle, and in the end I won, but that doesn't mean it didn't come at a cost."

Dr Nahan had said Mr Collier, along with former deputy oppositon leader Bill Marmion, should resign to make way for a new generation of candidates.

Talking with reporters shortly after Dr Nahan's comments last week, Mr Collier denied the scale of his influence in the party, saying he was "living the dream" and did not need that influence.

Mr Nalder said the powerbroker situation was an interesting one for the party.

"They've been controlling things for some time now ... one might say he's been living the dream," he said.

"I don't think it's been great for the Liberal Party and it's certainly a challenge to the way we function."

Mr Nalder said he had discussed staying on as shadow treasurer until the election, but did not reveal whether he was inclined to stay on in the job.

While he declined to endorse a possible successor in the shadow treasurer role, he did name Sean L'Estrange, Peter Katsambanis and David Honey as bringing great contributions to the party.

Mr Kirkup this morning thanked Mr Nalder and acknowledged his contributions to both the party and the state.

“Dean had a significant track record of achievement in government and made his mark in opposition," Mr Kirkup said.

“I understand and respect the decision he and his family have made and look forward to seeing his next chapter unfold."

Mr Nalder declined to endorse a successor this morning.