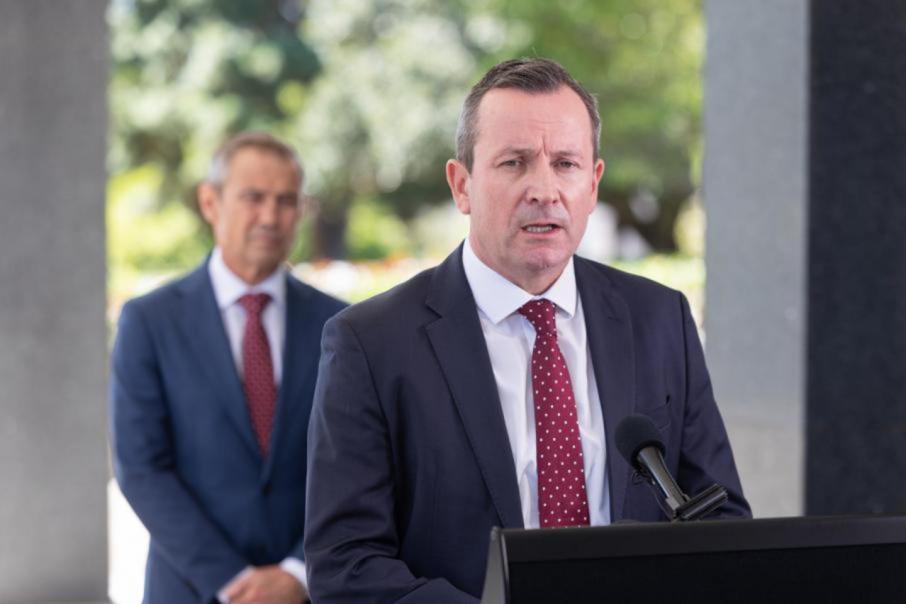 The Perth metropolitan and Peel regions are now three days into a nine-day transition out of the five-day lockdown after a security guard at the Four Points by Sheraton hotel in Perth's CBD contracted the highly contagious UK strain of the virus from a returned overseas traveller late last month.

The man visited several locations across the Perth metropolitan area in the days after it is believed he became contagious.

During a press conference this morning, Mr McGowan confirmed that no new cases had been recorded locally or among returned international travellers, and that a further 3,154 people had presented for testing in the past 24 hours.

All 526 of the security guard’s contacts have now been identified and tested for the virus, with all having returned at least one negative test result. All remain in quarantine.

Following concerns about the efficacy of the state’s hotel quarantine system, the state government has distributed a contract variation agreement to all four security companies working at hotels across Perth that prevents security guards from holding secondary employment.

The matter is expected to be resolved within the coming days, with one of the four companies having already signed the new agreement.

Health Minister Roger Cook confirmed the agreement included a monetary bonus to ensure the security guards reliant on secondary employment were compensated, but did not divulge how much that bonus would be.

Provided the state continues to record no new locally acquired cases, the transitional restrictions, which aim to help bring confidence while the state waits for the virus’s full 14-day incubation period, are expected to be in place until 12:01am this Sunday, February 14.

How the man contracted the virus remains the subject of an ongoing investigation, with a full report expected this week.