A state industry plan has some positives but don’t look to the past for jobs policy. 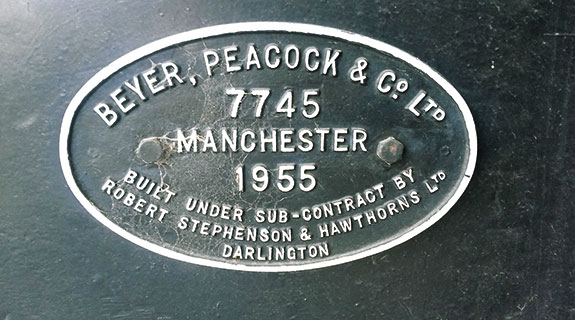 FOREIGN FURNACES: Most of the locomotives on display the Railway Museum at Bassendean were built in the UK.

A state industry plan has some positives but don’t look to the past for jobs policy.

I was overseas at that time, but would hazard a guess the need for a state-funded facility that built, repaired and maintained locomotives and wagons was well past its use-by date.

As with aircraft, cars and ships, as rolling stock became more sophisticated and detailed, the capacity for the local market to competitively produce small amounts of fancy equipment in tiny volumes became too hard.

In fact, that had been the case for much of Western Australia’s history, along with a great deal of the developing world for much of the two centuries that rail travel has been possible.

As any observant visitor to the Railway Museum at Bassendean will attest, most of the locomotives on display were built in the UK, although there are exceptions. The Westralia Ironworks at Rocky Bay in North Fremantle manufactured at least one piece of rolling stock in the museum, back in 1918. Perhaps that was a time when exports from Britain were a little difficult to come by.

I acknowledge it would be awesome to make these machines again. It would also be great if we built jet liners, space rockets for satellite deliveries and mobile phones. After all, WA people use all these things – why shouldn’t we make them?

The problem, of course, lies in the efficiency of production, the expertise and scale of the local market. And there’s the issue of protectionism elsewhere, so that even if we, by good luck and hard work, become good at making these things, most foreign (or even interstate) markets will shut us out with their own local content rules or unfair tariffs.

That’s why mandating that rolling stock for rail be, at least partially, built here – as Labor leader Mark McGowan suggested when he flagged the Metronet transport plan as a project of key significance, which would come under special procurement restrictions – is fraught.

In an era when innovation is the buzzword, this idea seems like it is from the 1950s.

Public transport already costs taxpayers a lot. For every trip on a train, bus or ferry, the passenger pays about a quarter of the true cost of the journey; although that doesn’t account for savings such as congestion eased or CO2 emissions reduced. Travellers on Perth trains get more than a subsidised ride, the railcars are high quality and well maintained; just try the London underground to compare.

The Perth metropolitan train system has rolling stock worth more than $1 billion at cost. The average new railcar is worth about $11 million, and each driver’s carriage must be a multiple of that. With such big numbers it’s no wonder various groups would lick their lips in anticipation of such work being mandated locally.

Mr McGowan wants to spend $590 million to buy 210 new rail cars over eight years, with the tendering process to maximise the participation of WA businesses in the assembly of the railcars.

Can we compete? Sure, we can. Shipbuilder Austal proved it could be done. From a manufacturing base supplying fast aluminium craft to the local and distinct cray fishing industry, it moved into making ferries for the trip to Rottnest and evolved from there. But it did it without protection.

It is worth noting, however, that much of its specialist defence production is done in the US, due to protectionist policies, and its once-unique ferry production is largely conducted in the Philippines due to labour costs here.

Even our success stories, which have used high-tech production techniques and technology to become globally significant in volumetric terms, find it challenging to make stuff here.

To compete in the manufacturing of railcars by providing a protected market is ridiculous; almost as silly as suggesting South Australia’s ailing steel maker Arrium could be saved by commencing the mythical fast train project between Sydney and Melbourne and mandating Aussie steel for the rail lines.

So, under Mr McGowan’s plan, we live with a higher cost. How much higher? In many fields where unionised skilled labour is required, the terms of conditions of that work become more and more expensive as they carve out special conditions. What happens when the unions who fund Mr McGowan’s party choose to strike each time a new order is to be delivered? That’s when commuters find out the real cost of such policies.

Those in that field, including the companies involved, know how to press political buttons. Let’s hope the one marked ‘start’ doesn’t get pushed this time.