No immunity from Russian malaise

Apart from a few brilliant authors and composers, not much good has ever come out of Russia; and unless there is a sharp improvement in the outlook for that country it could drag the rest of the world, including Australia, into a crisis to rival that of 2008. 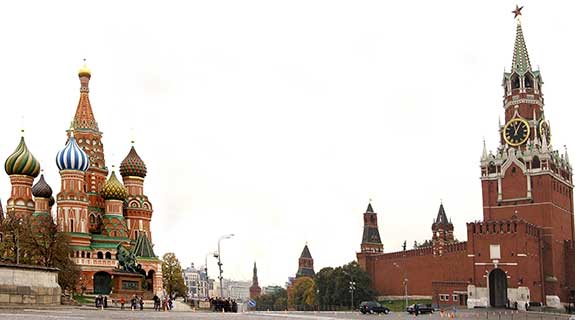 Russia is the sick man of the world today.

Apart from a few brilliant authors and composers, not much good has ever come out of Russia; and unless there is a sharp improvement in the outlook for that country it could drag the rest of the world, including Australia, into a crisis to rival that of 2008.

Early signs of a GFC re-run are disturbing, especially in Europe where I have been working for the past three weeks.

The flight to safe investment havens is exactly what happened after the US disgraced itself through the collapse of its sub-prime mortgage industry, which almost wiped out its financial system, and triggered a global rush to save some of the world’s biggest banks.

Russia’s crisis, so far, does not appear to be infecting the banking system; but it could, with European banks first in the firing line this time around.

The problem is not so much the falling price of oil, which is driving the Russian economy deep into recession, or the sanctions on the country for its adventures in Ukraine; it’s the interconnection of Russian debtors and European creditors.

In other words Europe, particularly Germany, has been lending heavily to Russian businesses with preference for the oil and gas industry because that’s what most closely links the two countries – Russia produces it and Germany buys it.

Most of those loans have been made in US dollars because that’s the world’s global currency, and that’s the way oil and gas is traded.

The obvious problem is that the falling price of oil has made it harder for Russian oil companies and other private sector borrowers to repay their $US denominated debts.

In fact, it’s much worse than that because:

• Russian banks have been frozen out of the world banking system by sanctions over Ukraine, which means there is a chronic shortage of $US in Russia;

• buying $US to service debts has suddenly become prohibitively expensive because the crisis has caused the collapse in the value of the Russian currency, the rouble;

• if Russian businesses can’t service their foreign loans, or re-finance their businesses because of the rouble collapse, then the crisis accelerates; and

• once it becomes impossible to repay borrowed money, the crisis is transferred from the borrower to the lender.

Banks in Europe are starting to look very closely at their exposure to Russia and some have been making urgent transfers of funds out of the country ahead of what could be the next stage of the crisis, a total freeze on currency movements in or out of Russia.

Russia, with its estimated $US600 billion in foreign debt at a government and private level, is a global problem that could not have come at a worse time, because most international banks are still wearing the scars of 2008 and European banks have their own problems of sluggish growth in their backyard.

While it would be comforting to believe that the problems of Russia will be confined to that country, that seems unlikely because of the interconnected nature of the banking system, global trade and Moscow’s belligerence.

The invasion of eastern Ukraine is seen by some people in Europe (and the US) as a precursor to more military adventures by Russia, which is feeling isolated and aggrieved despite 90 per cent of its problems falling into the category of ‘own goals’.

To retain local popularity it is possible that Russia could renew its claims to the Russian-speaking parts of the Baltic States; and while Australia is a long way from Estonia, Latvia and Lithuania, their independence is critical to regional stability.

Closer to home there is the potential for a Russian default on its debts to have a severe effect on China, which has just felt the first chill wind from its northern neighbour with Geely Motors, one of China’s biggest car makers, reporting its profits will drop by half next year because of troubles in Russia.

The dots linking Australia to China to Russia are easy to follow. Pilbara iron ore goes to China. Chinese cars go to Russia, until a bankrupt Russia can’t afford any more car imports, which means less Pilbara ore to China.

Buckle up for an interesting ride.