No good news on Japan

JAPAN has been hit hard by the economic crisis, with an annualised 12. 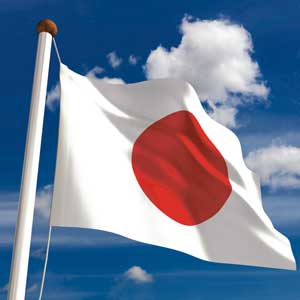 No good news on Japan

JAPAN has been hit hard by the economic crisis, with an annualised 12.7 per cent contraction in its economy for the December quarter plunging the country into depression.

During the last financial year, almost $35 billion worth of Australian merchandise or goods were exported to Japan, more than $13 billion of this from WA.

According to data collected by the Australian Bureau of Statistics, up to $5 billion of the WA component came in the form of iron ore exports.

With exports to Japan so valuable to the state's economy, Chamber of Commerce and Industry WA chief economist John Nicolau said it was essential that Japan regained its former economic strength.

"Given its prominence in terms of its export takes and investment in the state, it's vital that Japan remains a healthy economy over the longer term, and I have no doubt it will get back on its feet," Mr Nicolau told WA Business News.

"The concerns are whether the downturn will be prolonged and go deeper than otherwise had initially been expected just a few months ago, and that's obviously of concern to WA business and industry because Japan does make up a significant part of our export profile."

Despite Mr Nicolau's confidence that Japan will bounce back, he couldn't rule out Australia falling into a recession because of Japan's ongoing troubles.

"I don't think Western Australia is likely to fall into recession as a result of its [Japan's] smaller demand for some of our key products and services, but if it was coordinated across all of our key trading partners and if it was a prolonged downturn in Japan then the situation may change," he said.

"And that's the important message: if it's a prolonged downturn and a deep recession then there's no doubt it'll have an impact on Australia, but if its short-lived, and many still believe it could be short-lived, I guess the impact will be far less."

Recent announcements, such as the Western Australian Symphony Orchestra's cancellation of its tour of Japan, which was backed by the North West Shelf gas joint venture, indicates how deeply the crisis is being felt.

It's not surprising, then, considering the importance of Japan to WA, that Premier Colin Barnett spent four days in Japan last week, focusing on strengthening trade and investment relations with key government and industry figures.

"Japanese industry has played a major role in WA's economic development, both as an investor in, and a customer for our resources and agricultural sectors," Mr Barnett said in a statement.

"Japanese investment is critical for developing our resources and visitors from Japan are an important and very welcome part of our tourism market."