Whether it’s tax policy in Canberra, energy policy in Perth or this week’s hot topic, Asian engagement, we suffer from an increasingly wide disconnect between strategy and policy in key areas. 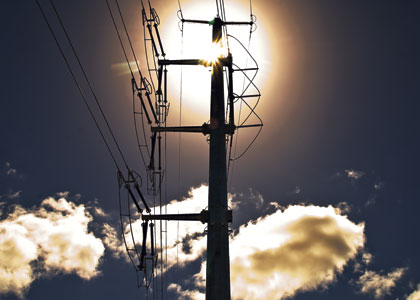 Whether it’s tax policy in Canberra, energy policy in Perth or this week’s hot topic, Asian engagement, we suffer from an increasingly wide disconnect between strategy and policy in key areas.

THE release this week of the Australia in the ‘Asian Century’ white paper has triggered a flurry of commentary and analysis, on a topic that everyone agrees is very important.

Universities Australia commended the white paper for its “long-term plan outlining the national objectives and pathways needed to forge closer economic and cultural bonds with our Asian neighbours”.

The Australian Industry Group said it provided “a substantial roadmap for the future”, which highlighted the considerable opportunities for Australians and Australian businesses in the region.

The white paper called for a whole-of-govemment approach and a whole-of-society response to the objectives of lifting prosperity, broadening the economy, making it more resilient, and sharing the benefits widely across the community.

But as Ai Group chief executive Innes Willox added: “All the best intentions will come to nought unless we put in place the economic foundations of more extensive and competitive commercial engagement with the Asian economies.

“In addition to building Asian language capabilities and a greater familiarity with and presence in Asia, this requires a turnaround in the slump in our productivity performance.”

To be fair, the white paper was not designed to map out in detail all of the policies needed to achieve its lofty goals; yet looking at just two examples, there is already a wide gulf between rhetoric and reality.

It emphasised the critical importance of education, training and innovation.

The white paper also highlighted the need for a more competitive tax system. Yet last week the government shuffled the company tax system to raise an extra $8.5 billion over the next four years in order to try and protect its flimsy budget surplus.

The tax shuffle came out of left field. It wasn’t part of the Henry review, which canvassed a very wide array of tax reforms.

Nor was it considered by the Business Tax Working Group, which ended its deliberations last week with a fizzle, after announcing it was unable to reach agreement on how to achieve a revenue-neutral cut in the company tax rate.

These are all examples where the grand strategy statement fails to translate into substantive policy reform.

In a WA context, the same problem has arisen in regard to energy policy.

Since being elected, the Barnett government has talked about developing an energy policy.

It has also speculated repeatedly about re-merging the state owned utilities, even though nobody outside Premier Colin Barnett’s inner circle supports this idea.

Its most recent contribution was the Strategic Energy Initiative, released earlier this year.

However the reality hit home later in the conference when a room filled with the industry’s leading lights was asked whether the Strategic Energy Initiative has “delivered something positive for us, looking forward 20 years”.

The response was an awkward silence, followed by laughter. Some in the room admitted they couldn’t comment because they hadn’t read it.

One brave soul spoke for the assembled audience when he said the paper was full of motherhood statements.

“You’ve got to agree with most of the things in the document but it lacks any specific action or timetables or priorities. It’s what do you do with it that counts.”

That was greeted with nods of agreement around the room.

There is no doubt that energy policy is challenging. This was illustrated by the results of an online poll of conference delegates.

When asked if the state should have a domestic gas reservation policy, the response was split 47 per cent to 53 per cent.

That divergence was reflected in the speakers, with Santos’ WA& NT vice-president John Anderson worrying that gas reservations could be the factor that stops the next big LNG export project proceeding, while Alcoa boss Alan Cransberg spoke eloquently about the opportunities that would flow from having assured access to gas at competitive prices.

The policy challenges may be daunting, in this and many other areas, but that’s no excuse for not having a real policy.