No challenge too large

In the space of a year, Nicolle Jenkins has grown her agency, The Hub Marketing Communications, from seven staff to 10, written a book about mothers and daughters, joined two boards and lobbied for small business at the recent state and federal elections. 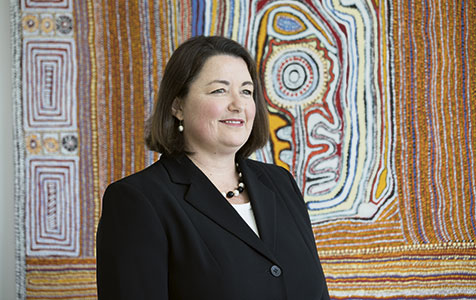 Nicolle Jenkins identifies strongly with the underdog, whether it’s through her small marketing agency (which wins big contracts), her work with indigenous businesses, or her mentoring of young businesswomen.

“I think we like working with organisations and businesses that are the underdog or really need to scramble, or things that are difficult or challenging,” Mrs Jenkins told Business News.

“We love those kinds of jobs. We seem to gravitate and attract clients that are really inspiring and have a real determination to make a difference within their business.”

A Business News 40under40 award winner in 2012, Mrs Jenkins has since grown her agency, The Hub Marketing Communications, from seven staff to 10, written a book about mothers and daughters, joined two boards and lobbied for small business at the recent state and federal elections.

Having lost her mother when she was young, Mrs Jenkins said she was fortunate her father instilled in her the belief she could achieve anything.

Self-belief aside, she was still taken by surprise three years ago when The Hub won a multi-million dollar campaign for indigenous health from the Commonwealth government.

“When we won that I got quite emotional because that was big,” Mrs Jenkins said.

“We went from being a small firm to one punching well above its weight on a national scale. It changed my view of what we were capable of here in Perth.

In addition to being managing director of The Hub, Mrs Jenkins has sought out other roles that she feels strongly about, even approaching a headhunter last year.

It led to her being appointed director of Interwork Incorporated, which helps people with a disability find employment.

“I do like a good cause, but I think it’s all about just having a sense of achievement, no matter what that is. If I believe in something and I’m truly committed to it, then I want to get involved,” Mrs Jenkins said.

This year, one year after being appointed chair of the Chamber of Commerce and Industry’s Small Enterprise Network, Mrs Jenkins stepped up to place issues such as indexing payroll tax, lifting the threshold, and even cutting the tax on the political agenda.

“We did it quite successfully both federally and at a state level, “ she said.

“Small business was recognised as important and critical … now we’re just working hard on making sure those promises come to light.”

Mrs Jenkins regularly advocates for women in business through her blog entries, speeches at events and by the mentoring and coaching of women.

“I think we can always do with a hand up or someone to say ‘I went through that myself and this is what I learned’. And if I can pass those stories on to women in their careers then I think I’ve contributed (hopefully) to making it an easier journey, no matter what that journey looks like,” she said.

“Women become shy in going for jobs they think they don’t have the qualifications for.

“I tell them to give it a go. They more than likely do have the qualifications. They don’t need a piece of paper to tell them that they can do a job.”