No capital growth for Perth houses 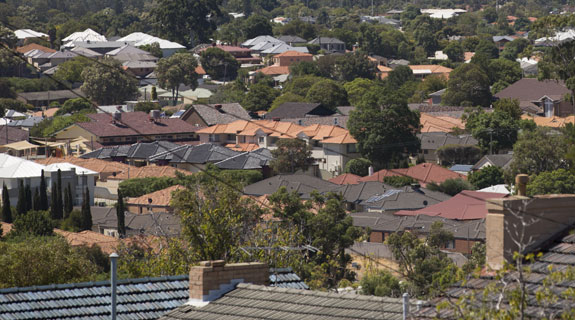 The June result made Perth Australia’s second-weakest performing capital city, only behind which Darwin recorded a 3.1 per cent fall in median values.

Nationally, dwelling values rose 2.1 per cent in June, contributing to a 9.8 per cent annual rise.

“The Perth and Darwin markets are weakening in line with the downturn in the resources sector and an associated weakening in infrastructure investment and a marked slowdown in migration,” he said.

Mr Lawless said interest rate cuts in February and May had contributed to pushing capital gains higher across other cities.

“Growth conditions had been moderating from April last year through to the end of January 2015,” he said.

“With the RBA cutting the cash rate in February, there was an instant buyer raction across the Sydney and Melbourne housing markets where auction clearance rates surged back to levels not seen since 2009.

The results are in line with figures released by the Real Estate Institute of WA last month, albeit from May, which indicated the Perth median house price was steady at $547,000.