No boundaries for enterprise

The resources sector continues to be critical to WA’s prosperity but smaller, less glamorous industries also have great stories to tell. 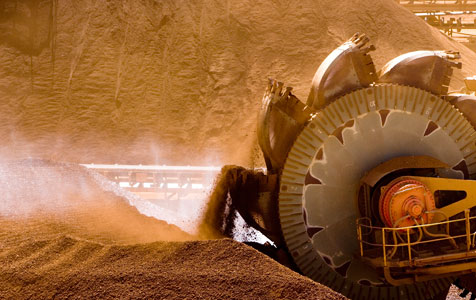 The resources sector continues to be critical to WA’s prosperity but smaller, less glamorous industries also have great stories to tell.

The big business stories in Western Australia during the past week revolved around the iron ore and gas industries.

No surprise there, especially when multi-billion dollar deals are being announced.

One was Shell’s decision to sell most of its stake in oil and gas producer Woodside Petroleum, a deal worth about $5 billion.

This was strategically very important for Woodside, as it removed the Shell ‘overhang’ from the stock and took away any doubt about Woodside’s emergence from under the guard of its one-time major shareholder.

In the iron ore sector, the takeover battle for would be-miner Aquila Resources came to a surprisingly quick end when Aquila rejected a conditional $3.75 per share proposal from contractor Mineral Resources.

Instead it told shareholders they should accept the $3.40 per share takeover offer lodged by China’s Baosteel and Brisbane-based rail operator Aurizon.

Aquila chairman Tony Poli plans to accept the offer for his 29 per cent stake, in the absence of a higher offer, which is extremely unlikely given that Baosteel already has a 20 per cent stake.

This is more than a juicy takeover battle.

It also has strategic implications for the state, as Baosteel and Aurizon say that, upon completion of the takeover, they plan to proceed with the $7 billion West Pilbara iron ore project.

This would inject plenty of money and business opportunities for contractors adjusting to a lean business climate.

The rail and port infrastructure that is central to the West Pilbara project will also make it easier for ‘stranded’ iron ore deposits to be developed.

Collectively, new mines would boost supply and help to push down the price of iron ore, which is exactly what Baosteel and other steel producers in China want.

That is a scenario that will add one more challenge for high cost iron ore producers in this country, who will be feeling uncomfortable with the benchmark price around $US90 per tonne.

Producers with relatively low quality ore, such as Atlas Iron, get an even lower price for their ore.

While these big strategic issues rightly occupy a lot of our attention, Business News reported on some very revealing developments in less glamorous industries – pet care and child care.

First was the sale of the Perth-based City Farmers retail chain for $205 million.

This is a wonderful example of a local entrepreneur, in this case former iiNet chief financial officer Clayton Hollingsworth, reinventing a mature industry.

The 42 City Farmers stores across Australia are a bit like the Bunnings of the pet care sector – big shops that have everything you might need under one roof.

They also tap into the trend for Australians to spend more and more on their pets.

As reported in this edition of Business News, the listed companies have lifted the earnings multiples they have been prepared to pay, to snare a substantial presence in WA.

One of the biggest winners was Business News 40under40 award winner Rory Vassallo, who built a day care business from scratch and sold it for $65 million.

This shows that business savvy and enterprise have no boundaries.

It doesn’t need to be a fast-growing industry and you don’t need a stunning technology breakthrough to succeed.

Hats off to other entrepreneurs in WA trying to match this kind of success.