Shares in Perth-based gold and nickel explorer Nickelore doubled in price today after the company announced it would acquire a Brazilian renewable energy provider. 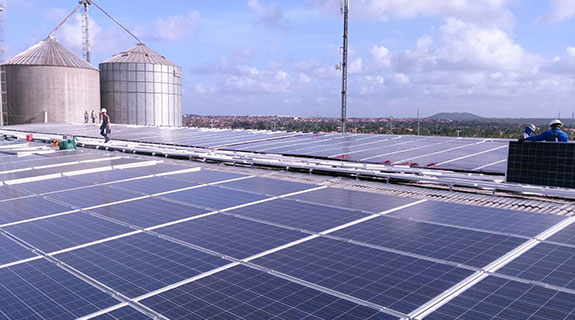 Nickelore plans to acquire Helio, a Brazil-based company with 166MW of solar PV projects under development.

Shares in Perth-based gold and nickel explorer Nickelore doubled in price today after the company announced it would acquire a Brazilian renewable energy provider.

Nickelore shares finished the trading day at 1 cent, after being taken out of a trading halt called on Monday February 8 to announce today it would acquire Helio and change its name to Helio Energia.

Nickelore said it had entered into a non-binding agreement to acquire 100 per cent of issued capital in renewable energy provider Helio, a Luxembourg-registered company operating in Brazil.

The company plans to raise almost $530,000 through a non-renounceable pro rata entitlement issue to existing shareholders to fund the acquisition.

It will issue almost 88,000,000 shares, with Pendragon Capital to underwrite the entitlement issue.

As part of the acquisition, Nickelore will give Helio 770 million shares in the company and it is envisioned two Helio board members will join the board of Nickelore, replacing two existing directors.

In accordance with listing rules related to the miners change in activities, Nickelore will also lodge a new prospectus and seek to raise a minimum $5 million.

If shareholders approve the Helio acquisition, the company will also seek to divest its existing assets and projects including its main nickel exploration Canegrass project, through a sale, joint venture or farm-out agreement.

Helio chief executive Dale Vander Woude said in a statement the acquisition would allow the business to capture on its early mover advantage in the solar sector within the large South American country.

It commissioned its first solar project in November and plans to install 1.7 megawatts of solar by the end of this month. It also has signed proposals to deliver more than 26MW of solar projects, and a total of 166MW of potential projects being developed.

Helio's founders and management team also have experience in the wind farm sector, having previously built farms generating 210MW in Brazil before selling them for approximately $US1 billion in 2012.