Nickel producers in the drop zone

Nickel producers are waiting for one of their cohort to ‘blink’ first, as overproduction and sluggish demand threaten the sector’s viability. 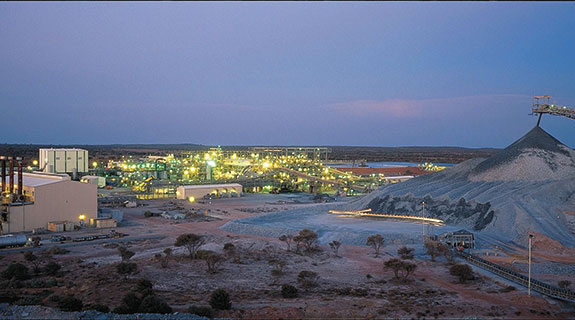 Nickel producers are waiting for one of their cohort to ‘blink’ first, as overproduction and sluggish demand threaten the sector’s viability.

SAVED by the dollar… for now.

That’s the most positive comment that can be made about Western Australia’s nickel mining industry, as it battles ferocious headwinds that could blow for another six to 12 months.

Overproduction and sluggish demand has created a nickel mountain on the London Metal Exchange, and more worryingly in the opaque world of Chinese metal-trader warehouses.

The net effect is a crushed nickel price, with the fall in the value of the Australian dollar the main reason why much of the local nickel industry has not been mothballed.

A few numbers tell the story of an industry on the edge. In the middle of last year the nickel price was sitting comfortably around $US8.30 a pound and the Australian dollar was trading at US94 cents, producing a local nickel price of $8.83/lb, well above the production cost of all WA nickel mines.

There was even talk of a fresh nickel boom, with the price possibly rising to more than US$12/lb as low-grade Indonesia ore was forced out of the market by changes to export laws in that country.

Some Indonesian material did drop out, but that occurred as demand for stainless steel declined in China thanks to a countrywide economic slowdown, which meant supply continued to exceed demand, causing the price to fall by 50 per cent to $US4.60/lb.

Luckily, the Australian dollar has also fallen, down by 25 per cent to around US70 cents, a drop that has cushioned the fall in the Australian nickel price to 25 per cent, with the local price now around $6.50/lb.

At its latest price, either in US or Australian dollars, the supply of nickel should be falling, which it’s not, a situation that can only lead to more pain unless there is a sharp recovery in nickel demand or another sharp fall in the Australian dollar.

Boiled down, one (or more) of the world’s big nickel mines will have to ‘blink’ soon, because it is only through a major production cut that the market can return to balance.

BHP Billiton is a candidate for a major cutback as part of the inevitable closure process that started last year when an attempt to sell the business failed.

First Quantum has denied reports that Ravensthorpe is in danger of a temporary closure, as has Glencore.

The problem with the big three is that they are locked into a vicious cycle of being forced to maintain output at a high level to achieve essential economies and achieve productivity targets.

In a way, they have become their own worst enemy – helping flood the nickel market and depress the price.

At Glencore the pressure on all aspects of the business is rising as financial markets reassess the company and its high debt levels; and while the official view of Murrin Murrin is that it’s performing well, a decision on the project could be made in London, not Perth.

At First Quantum, the claim is that production problems which limited output earlier this year have been fixed and it is business as usual – even if that means the total cost has been pushed back below the $US6.13/lb incurred in the June quarter to around the $US5.38/lb of early 2014 (with both numbers above the current nickel price).

Glencore does not release a cost breakdown for Murrin Murrin but, as it’s a similar project to Ravensthorpe treating a roughly similar laterite ore, it’s a reasonable assumption that it has similar costs.

Tough as times are for everyone in the nickel business, it is significant that most of the cuts to output so far have been by small miners such as Mincor and Independence.

The big producers are yet to react, partly because their projects are much more complex and cannot easily be turned off – until closure becomes unavoidable.

CROWDFUNDING is a positive use of social media, but what about crowd price manipulation, which might be just as easy?

A series of events on the stock market triggered that observation because there is more than one way to make a profit trading shares – you can buy and hope for a rise, or sell short and hope to buy-back later at a lower price.

Whitehaven Coal was an early example of the market being influenced by manipulation, with its share price slashed by 8 per cent in a morning (wiping $300 million off the value of the company) thanks to a forged letter filed at the ASX, which claimed bank finance had been withdrawn for a coal project.

Sandfire Resources, a local copper producer, was also hit by a claim from the environmental lobby about its management of the Doolgunna project site, an accusation that took weeks to be withdrawn despite it being incorrect.

Sandfire’s share price fell by around $1.50 during the fracas, largely thanks to a drop in the copper price, though the negative environmental publicity would have influenced some investors.

The latest example is Transfield Services, a company subjected to vilification on social media over its management of immigration detention centres on the islands of Nauru and Manus. Its share price plunged over two weeks, from $1.24 when a divestment campaign started in mid-August, to 91 cents later that month. It’s now back to $1.15.

No-one knows whether any fleet-footed short sellers profited from the attacks on Transfield but its problems, and those of Whitehaven and Sandfire, represent a novel way for someone to make a profit from social media campaigns.

STOCKBROKERS remain on the endangered species list, with local champion Patersons the latest to post an annual loss, albeit with the reported $3.9 million loss being a little less than last year’s $4.6 million hit.

Heavy exposure to resource stocks in its home state of WA did much of the damage but there is also the challenge of do-it-yourself superannuation and pressure from internet-linked discount brokers, which have reduced stockbroking to the status of a profit-free business.