Next stage for Knutsford build

Adrian Fini’s development firm FJM Property is gearing up to launch the third stage of its Knutsford Precinct, near Fremantle, which was last year named as one of the best infill projects in the nation by the Australian Institute of Architects. 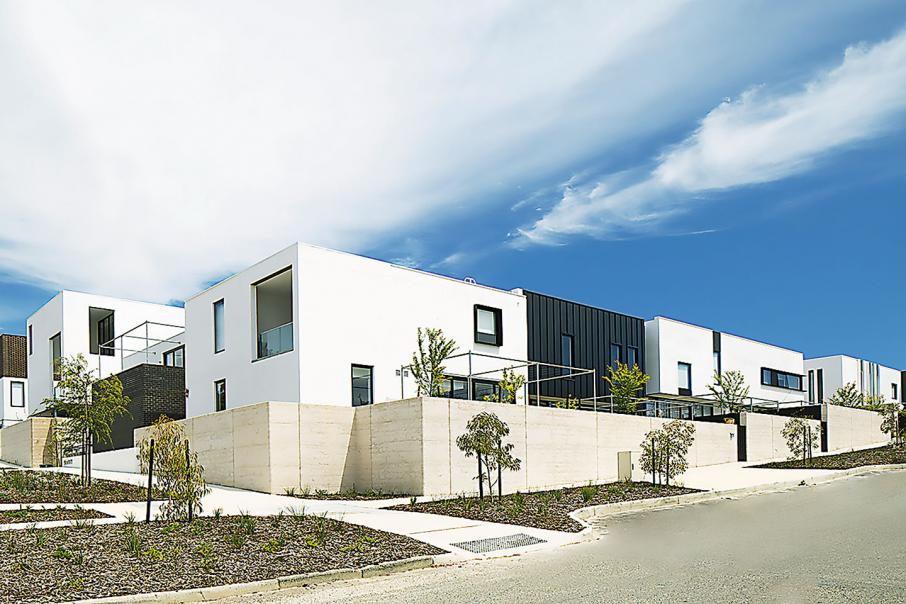 The Space Agency-designed Knutsford Precinct has been heralded as a prime example of superior infill development. Photo: Robert Frith

Adrian Fini’s development firm FJM Property is gearing up to launch the third stage of its Knutsford Precinct, near Fremantle, which was last year named as one of the best infill projects in the nation by the Australian Institute of Architects.

A total of 42 apartments and terraced homes will comprise the third stage of the 101-dwelling precinct, which will be launched in coming weeks.

Knutsford is located around two kilometres south of Fremantle, on a parcel of land bordered by Stevens Reserve and Swanbourne, Amherst and Blinco streets, which was formerly an industrial estate.

The project’s first stage was launched in 2010, after the state government selected the FJM Property-led consortium as its preferred development partner.

FJM Property is developing the project in partnership with LandCorp and Georgiou Group, while architectural design services were provided by Space Agency.

Late last year, the Knutsford Precinct was the overall winner in the multiple housing category at the Australian Institute of Architects’ national awards, an accolade that was preceded by the institute’s top state award.

Space Agency director and Fremantle local Michael Patroni, who worked with FJM Property on the Alex Hotel in Northbridge and the heralded heritage revitalisation of the State Buildings, said the opportunity to be involved at Knutsford was highly appealing.

“I have a deep affinity for Fremantle, it has been my home for many years,” Mr Patroni said.

“My architecture practice is based right in the heart of Freo and over the years we’ve been fortunate to work on a number of high-profile residential and commercial projects in and around our historic port city.”

Mr Patroni, who will present his design vision to the community at a special event in early June, said the brief given by the project partners was to create a sense of place and community.

“Knutsford revolves around a series of dissecting laneways and courtyards, which enable cars to be buried deep within the centre, allowing for generously proportioned liveable areas with equal access to northern light, and outdoor patios that engage directly with the street,” he said.

“Each residence is designed as a canvas, with spacious interiors that can be adapted to suit individual preferences, and courtyards that can be configured for car parking, outdoor entertaining or a mix of both.”

“Right from the start, the team had a strong desire to create a development that would complement Fremantle’s unique character, while incorporating premium design features, generously proportioned spaces and a village-like atmosphere,” he said.