SPECIAL REPORT: Decisions are expected on three major oil and gas projects worth $24 billion combined in 2020, with more to follow. 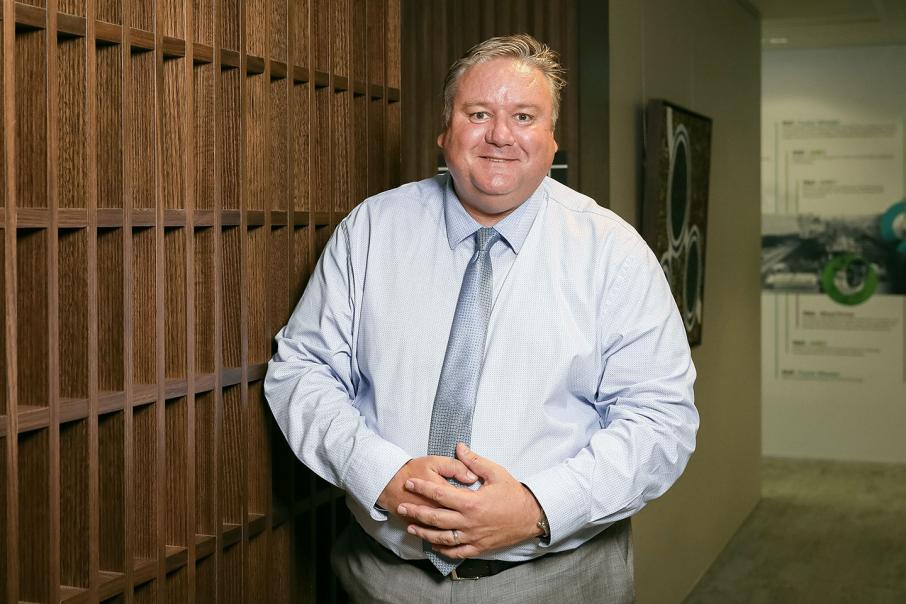 Decisions are expected on three major oil and gas projects worth $24 billion combined in 2020, with more to follow.

A strong graduate intake at a major engineering firm is usually a good barometer of the positive state of the oil and gas sector.

Multinational company Wood plc’s Australian class of 2020 will have about 38 people in Perth, about twice the number of two years ago.

Decisions on these projects, and Santo’s Barossa, are due in 2020.

Wood president operation services for Asia Pacific, Ralph Ellis, told Business News the company had grown its team in Perth from about 500 to more than 1,000 in the past three years.

Part of that was organic, driven by minerals and oil and gas, while part of it was through the acquisition of Amec Foster Wheeler.

There’s been growth across the market, according to the latest BNiQ data, with the number of engineers employed at the 10 biggest engineering businesses in Western Australia up 35 per cent year on year, to nearly 4,700.

The biggest movement was at Worley, up from 650 to 1,700 engineers in the past year, thanks in part to the company’s acquisition of Jacobs Engineering.

Wood’s Mr Ellis said the outlook for the industry was good, with potentially two big projects from Woodside backed up by a pipeline of other developments.

“We see a cautiously optimistic picture; there’s plenty of opportunity to do good work on good facilities, we just have to meet the market.

“Things like Crux are moving to the next phase of its evolution, we’re currently in phase two support as it moves into the execute phase.”

Mr Ellis said the Woodside projects, in particular Browse and Scarborough, would intensify demand for skilled workers in WA.

The two big Woodside projects are among 10 worth more than $500 million each that are underway or in the pipeline for WA.

At its recent results briefing, the company said the $27 billion Browse development was ready for FEED work now, with a final investment decision late next year.

The FEED period was extended a few months, however, partly because the floating production platforms for the project would be some of the world’s most complex, chief executive Peter Coleman told investors.

Protracted discussions between the Browse partners and the owners of the North West Shelf Venture, where the gas will be processed, are also delaying a decision.

Mr Coleman said the negotiations were down to the last three or four key value items.

Asked if the Browse delay would lead to an ullage, or excess capacity, at North West Shelf’s five Karratha processing trains in the mid 2020s, he said there were other potential gas sources under consideration.

“We’re hopeful that we’re not going to see any ullage in North West Shelf, the only issue we would see is the composition of the gas, the multiple compositions, and whether the capacity of the plant will be affected,” Mr Coleman said.

“We don’t see a big gap with any delay in Browse at this point, however, it does get to a point where the ullage at North West Shelf is larger than these multiple sources of gas can service.”

A decision on the $15 billion Scarborough project, including a second train at Pluto LNG, is due in the middle of this year.

Mr Coleman said Woodside planned to have about half its offtake gas contracted by the time it pushed the go button, and expected to achieve the target.

A tolling agreement between Woodside and partner BHP should be finalised within months, he said.

That is happening amid a soft market for LNG, Mr Coleman said, affected by the coronavirus and an expected oversupply in the market.

Woodside selected Australian Gas Infrastructure Group in November for construction of an interconnector pipeline between the neighbouring Pluto and Karratha plants.

There was also a final investment decision in the last quarter of 2019 on the Julimar-Brunello tieback into the Wheatstone plant, owned by Chevron. In November, Subsea 7 announced it had won a contract valued at up to $US300 million for a transmission flowline and umbilical system.

Drilling will begin early this year and completion is due in 2022.

Meanwhile, moves were made on a series of other big projects, which together would be worth more than $14 billion.

The biggest is Barossa, to supply the existing Darwin LNG plant.

Technip, Allseas and Modec International were awarded contracts last year on the $7 billion development in the Timor Sea.

Control of the project will be shifting to Santos, which committed to buy ConocoPhillips’ share of the Barossa and Darwin LNG assets late last year.

A final investment decision is expected in the second quarter of this year.

Santos will also enter FEED for the $2 billion Dorado oil development, in the Carnarvon Basin, in the June quarter.

Shell has been moving forward on the $2 billion Crux tieback into the Prelude FLNG vessel, selecting KBR and Wood for feed work early last year.

A final investment decision is expected this year.

Chevron named Aker to undertake FEED work on a compression system at the Jansz/Io field last year, while further in the distance is the company’s Clio/Acme tieback to Karratha, and Western Gas’s Equus development.

Deloitte national oil and gas leader Bernadette Cullinane, who is a key figure in Australasian Oil and Gas Exhibition and Conference’s industry supply forum, said she expected a number of projects in the pipeline would be sanctioned.

Ms Cullinane said demand for LNG would continue to rise.

“I’d feel very positive about the future in WA,” she said.

“It’ll be a time of significant change.”

Henderson-based contractor Civmec has worked on fabrication of subsea equipment for the project.

Chief executive Pat Tallon was optimistic there would be a pipeline of work for the fabrication business ahead.

“The first indicators of what’s happening are going to come from client and engineering houses; if they are active in getting ready for something, it’s going to hit us in a couple of years,” Mr Tallon said.

“We’re seeing general activity mainly in subsea work, and we have some indication that onshore capital expenditure could be in the realms of late 2022 or 2023.

“Two or three years ago we had no vision on anything happening in this space.”

Clough executive vice-president John Galvin said he expected bigger construction work packages would start to flow through next year, although some smaller projects were available now.

The company is the lead contractor for Mitsui’s Waitsia development.

“We’re doing some FEED [work] for Woodside at the moment,” Mr Galvin said.

“We’ve got engineering capability as well as construction … from a construction perspective we’re a couple of years off of the bigger stuff.”

He said the local labour market was starting to dry up, with Clough on the front foot to recruit good people early, ahead of the market. 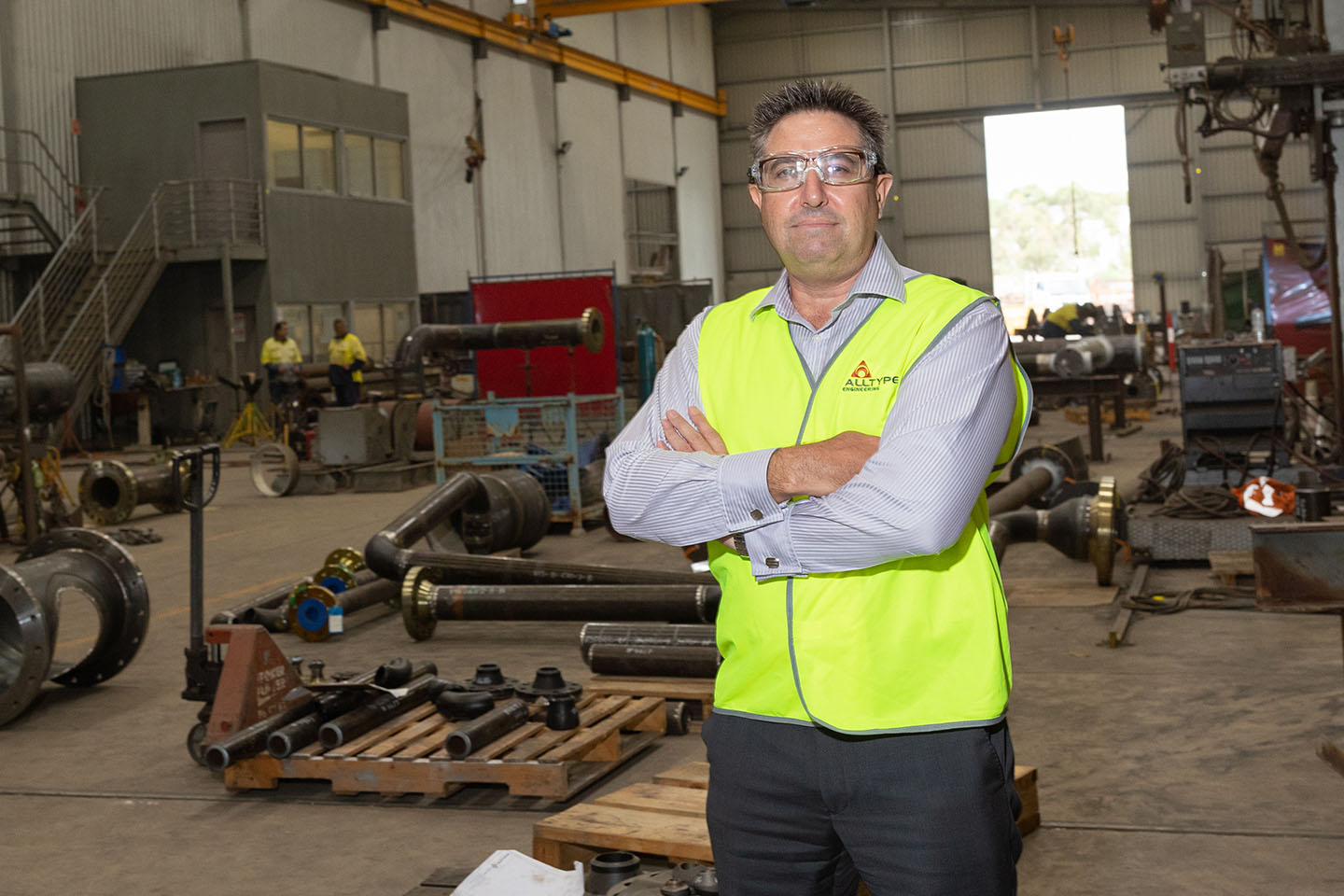 Kelvin Andrijich says bigger opportunities are on the horizon

He said the business was involved in a number of maintenance projects and minor projects.

“I think [opportunities] are here in the year ahead, and there’s some bigger fish coming up,” he said.

“Drilling activity is up. Everybody is pushing it along.

“There is a lag, but it’s one of those things, knowing these projects are getting to the point of final investment, and the economics seem to make sense.”

Mr Andrijich said he hoped to double the company’s workforce in the next few years.

Speaking to Business News ahead of AOG in Perth this month, Baker Hughes vice-president Graham Gillies was another to express confidence in the sector’s outlook.

“It’s a very positive trend we see, it’s shown some level of stability.”

He said the labour market had also stabilised.

“When you have five or six mega projects going on, resource availability is a constraint,” Mr Gillies said.

Also viewed in a positive light was the introduction of the state government’s jobs taskforce.

Mr Gillies said the taskforce was trying to develop sustainable capability, and determine how to create a nucleus of sustainable technology and jobs.

The workgroup had been collaborating on deploying technology such as drones and digital twins to improve productivity, he said.

“Digital technology that enables predictive maintenance and artificial intelligence analytics will play a key role in raising the productivity of the industry,” Mr Gillies  said.

“Early adoption can give the workforce in WA and future university students a competitive edge as well.”