The state government has awarded three new roads projects to the contractors that had been working on the Roe 8 development, while also confirming the net cost of abandoning the latter project will be about $45 million. 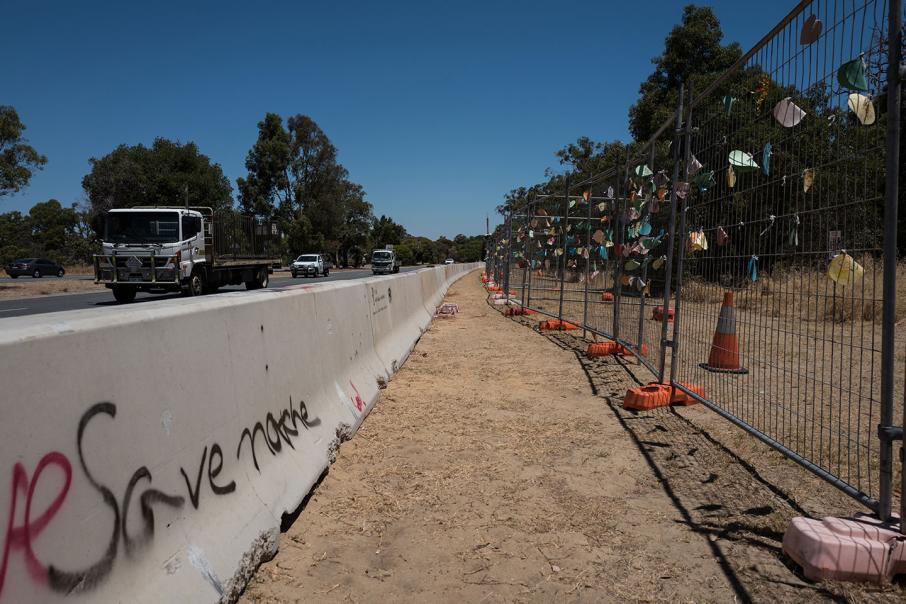 The contractors that cleared bush for Roe 8 will be in charge of rehabilitation.

The state government has awarded three new roads projects to the contractors that had been working on the Roe 8 development, while also confirming the net cost of abandoning the latter project will be about $45 million.

The new contracts are part of the state government's effort to minimise the cost and legal fallout of abandoning the Roe 8 development, which attracted strong community opposition and wide concern about its adverse environmental impact.

The government said today the alliance contractors would be paid about $40 million for the work they had done so far on Roe 8, while a further amount - less than $10 million - would be paid in lieu of their lost opportunity to fully recover overheads.

It also confirmed that total state government expenditure on the Roe 8 project will be $85 million. However, after allowing for retained assets such as land, the written-off costs total $46.9 million.

As well as being awarded three big new roads projects, the alliance will manage the rehabilitation of the cleared Roe 8 site in Coolbellup.

The new projects include the Armadale Road dual carriageway upgrade between Anstey Road and Tapper Road, at a cost of $145 million.

A second big project will connect Murdoch Drive to the Kwinana Freeway and Roe Highway to improve access to Fiona Stanley Hospital and the Murdoch Activity Centre, at a cost of $100 million.

Work on this project is expected to begin almost immediately.

The third project awarded to the alliance is the upgrading of Wanneroo Road to a dual carriageway between Joondalup Drive and Flynn Drive, costing $31 million.

These projects will provide work for 231 people employed by the alliance on Roe 8.

Transport Minister Rita Saffioti today repeated her claim the Barnett government could have taken the conservative option of only clearing the Roe 8 project site to Bibra Drive in the lead up to the state election.

If that occurred, she said total expenditure on Roe 8 would have been $61 million and the written-off costs would only have been $22.9 million.