The Supreme Court has appointed a receiver to take charge of the Yindjibarndi Aboriginal Corporation in the lead-up to a general meeting set for next month to settle a long-running dispute with a breakaway organisation backed by Fortescue Metals Group. 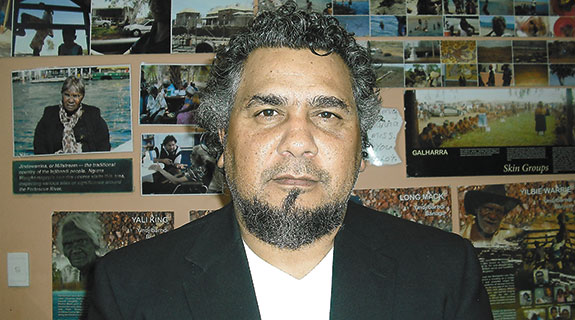 The Supreme Court has appointed a receiver to take charge of the Yindjibarndi Aboriginal Corporation in the lead-up to a general meeting set for next month to settle a long-running dispute with a breakaway organisation backed by Fortescue Metals Group.

That was after the Registrar of Indigenous Corporations, Anthony Beven, decided it was not appropriate to place YAC under special administration.

Mr Beven told the court he was pursuing other mechanisms to resolve the five-year old rift between YAC and the breakaway group, the Wirlu-Murra Yindjibarndi Aboriginal Corporation.

He has called a general meeting of YAC's members to appoint directors.

Mr Beven will chair the meeting, which will be held in Roebourne on April 19.

One of the main reasons for this state of affairs is that resolutions at YAC meetings require a 75 per cent vote to be accepted.

Mr Beven has exercised his powers to change that rule to a simple majority.

In today’s judgement, Justice Le Miere said the plaintiff, John Sandy, had pressed for the appointment of a receiver.

This was on the basis that YAC executives, notably chief executive Michael Woodley, have run the organisation in a way that was unfairly prejudicial to and discriminatory against Mr Sandy and other members of YAC who are also members of WMYAC.

“The defendants group contends that Fortescue Metals Group funds, or has funded, the WMYAC group to oust the defendants group and free up access to land that FMG's mines sit on against the interests of the Yindjibarndi people,” the judgement stated.

“I find there is a risk that if the property and resources of YAC remain under the control of its executives, they will be used to unfairly discriminate against the WMYAC group in favour of the defendants' group,” Justice Le Miere concluded.

“I am pleased that the Supreme Court has recognised that an independent third party is necessary to oversee YAC in the lead up to the general meeting next month to ensure that the election is fair,” he said.

“We are relieved that finally Yindjibarndi people will be able to vote with their hearts and elect a board of directors who are truly representative of all people in our community.”

Mr Sandy’s lawyer, Martin Bennett, alleged in court that the current YAC executive could not be trusted to remain impartial in the weeks leading up to the general meeting.

“Michael Woodley, in his capacity as CEO of YAC, clearly used his position and the resources of YAC to attack my client Mr Sandy and members of the Wirlu-Murra group to marginalise them and limit their involvement in the affairs of YAC,” Mr Bennett said today.

The Yindjibarndi people are the traditional owners of a large part of the central Pilbara stretching from the Millstream-Chichester National Park south across the Fortescue River into the Hamersley Ranges.

The split between the YAC and Wirlu-Murra groups was triggered by a dispute over royalties payable by FMG over its Solomon mine development.

Upon the election of directors at the meeting on April 19, the registrar will write to the new directors and indicate that he proposes to issue a compliance notice to each of them.

The proposed compliance notice will require the corporation to hold its AGM prior to the end of November 2016 and to consider and finalise all outstanding applications for membership by June 30 2016.

YAC and its directors will be required to provide applicants that are refused membership with reasons for the refusal by June 30 2016.

These steps follow allegations that memberships were granted or refused based on the affiliations of Yindjibarndi people.