Herbert Smith Freehills has signed a deal to relocate its offices from QV1 along St Georges Terrace to One The Esplanade at Elizabeth Quay, once construction is complete. 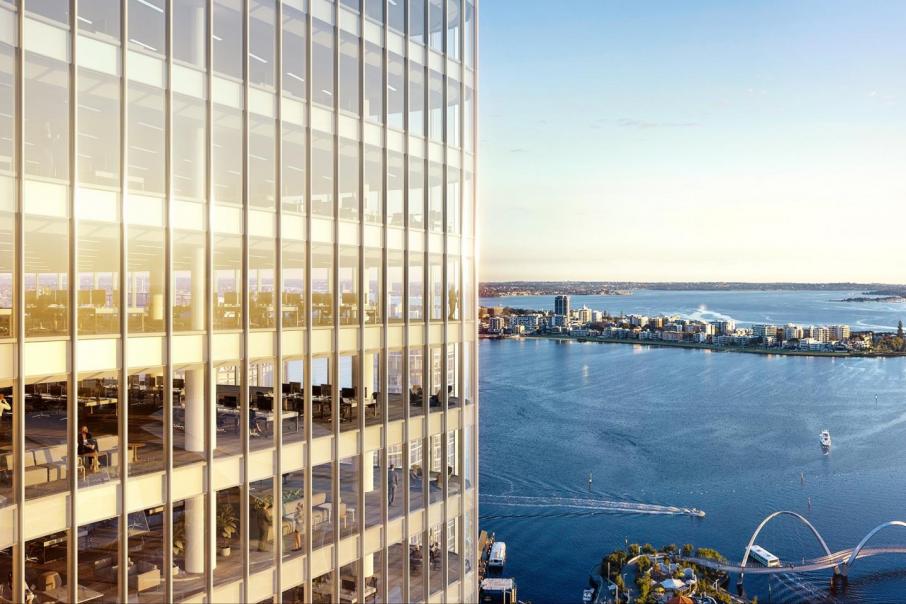 An artist impression of One the Esplanade from one of the upper-level floors. Image: HASSELL

Herbert Smith Freehills has signed a deal to relocate its offices from QV1 along St Georges Terrace to One The Esplanade at Elizabeth Quay, once construction is complete.

Brookfield Properties has secured a 10-year lease with the global law firm for approximately 4,000 square metres across two floors of the new office building, with Multiplex Constructions progressing works on site.

The $360 million, 29-storey mixed-use tower received planning approval in February 2019 and will add more than 54,000sqm of office space to the Perth market upon completion.

Desiged by Hassell, the office tower is targeting a 2023 opening date.

“What we have seen from our leasing program at One The Esplanade so far – and from early enquiry to our other planned projects at Elizabeth Quay – is a flight to quality from blue chip tenants who are attracted by the lifestyle, amenity and Premium nature of the buildings and precinct,” Mr Schibrowski said.

“This deal is a great example of the continued confidence in the Perth market and in the office market in general, despite the temporary challenge of COVID-19.”

Brookfield Properties also has plans to deliver two new towers on the site adjoining One The Esplanade, at Lots 5 and 6 Elizabeth Quay.