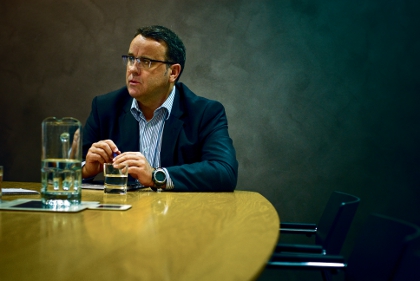 The Chamber of Minerals and Energy's chief executive, Reg Howard-Smith, has concerns over potential changes to tax deductions available to the mining industry.

A panel of tax experts says a cut in the company tax rate to 25 per cent recommended by the Henry review would cost the federal budget $26 billion in revenue over four years, while the resources sector says it stands to become the “biggest loser” from the proposal.

The Business Tax Working Group released a consultation paper today looking at the merits of lowering the 30 per cent tax rate, ahead of its final report and recommendations to Treasurer Wayne Swan in December.

The group was formed after last year's tax forum, with the initial aim of looking at how business losses should be treated, before being tasked with looking at how corporate tax cuts could be funded through the existing tax system.

"The working group believes that Australia should have an ambition to reduce its company tax rate over the medium term and that achieving a materially lower rate is a worthwhile reform objective," it said.

This was consistent with the views of the Australia's Future Tax System Review, otherwise known as the Henry review, which recommended the tax rate be reduced to 25 per cent over the short to medium term.

Preliminary estimates included in the consultation paper estimated the revenue impact of lowering the tax rate to various levels between 2012/13 and 2015/16.

Each one percentage point cut appears likely to cost about $5 billion over four years, and if the rate was cut to 25 per cent the cost would be $26 billion.

The timing of any reduction would be subject to economic and fiscal circumstances.

But the panel believes a lower corporate rate would increase Australia's ability to attract foreign investment and increase the capital stock for greater productivity.

"Over time, it would generally be expected that the economic benefits of greater productivity will be distributed between capital owners and labour through higher real wages," said.

The group is now seeking submissions before September 21.

Chamber of Minerals and Energy of Western Australia chief executive, Reg Howard-Smith, said implementation of any of the changes outlined in the paper could have a significant effect on the resources sector.

“The resources sector stands to be the biggest loser from these proposals and is already facing significant policy challenges through the carbon tax and minerals resource rent tax,” Mr Howard-Smith said.

“Any further changes to the tax system would simply palace additional burden on the sector.”

Mr Howard-Smith said the CME was primarily concerned over potential changes to tax deductions available for plant and equipment used for exploration.

“These deductions are a significant incentive and removal or watering down of this benefit could have major consequences to Australia’s exploration industry,” he said.

“The discussion paper only adds to that uncertainty,” Mr Bennison said.

“The mining industry has been subject to significant increases in cost pressures, such as new taxes reduction in the diesel fuel credit; increasing labour costs, fuel, transport and power costs; and a range of levies, royalties and cost recovery processes which will bite further into limited working capital and cash flow.

“Any further changes to income tax deductions or allowances to the mining industry need to be closely considered and analysed in conjunction with industry in order for the financial, social and economic impacts to be fully considered.”