A team of Murdoch University scientists is seeking an industry partner to help advance its electricity-free desalination system and bring it to market. 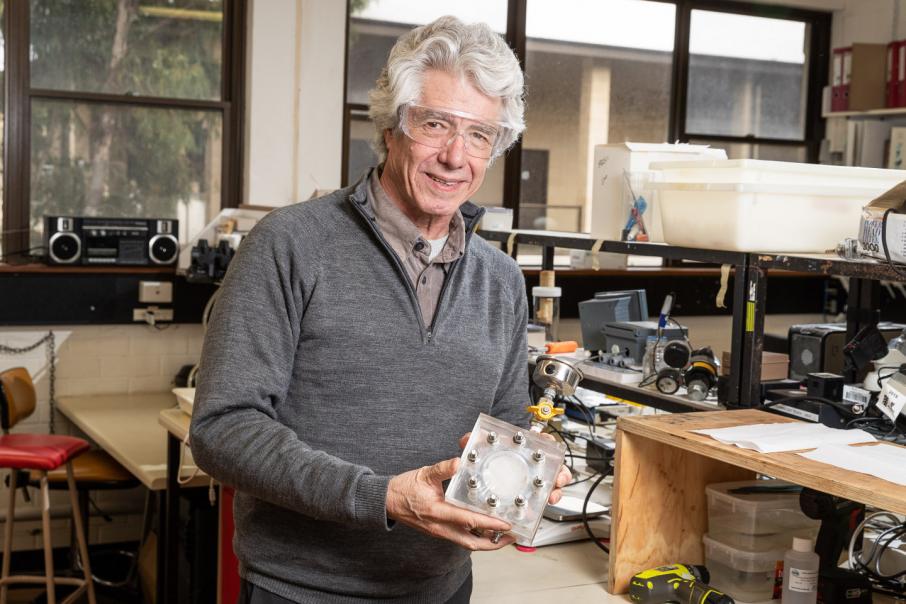 Wendell Ela says the desalination system could be applied in remote communities with limited water and electricity. Photo: Ryan Ammon

Scientists at Murdoch University believe they have unlocked the secret to efficiently creating fresh water from salt solutions, having developed a carbon-neutral desalination system that requires no electricity.

The system has the potential to benefit remote communities with limited access to water and power.

Most commonly, Professor Ela said, electricity was used to pressurise water and drive a process called reverse osmosis, where unpotable water was forced through a membrane to remove impurities.

High costs were often associated with the process due to the large amount of electricity required to create the pressure that separated water from salt, he said.

“Ralf and Liang’s device skips the electricity step, so it’s not only simpler, but the environmental impact is immediately smaller,” Professor Ela told Business News.

It does that by harnessing the energy produced by the forward osmosis process, which creates pressure naturally, eliminating the need for a pump.

“Water wants to come to a uniform concentration with respect to its salinity or any ions,” Professor Ela said.

“That’s what we call osmotic pressure and it’s a phenomenon by which human life depends as well as all biota (animal and plant life).

“That’s how plants work in terms of getting water inside their cells and how human kidneys work to get impurities out of our blood, etcetera.”

The osmotic pressure, derived from forward osmosis, is then used to drive reverse osmosis.

The result is the salt is left behind in one chamber, while desalinated water is retained in the other.

“So it’s not new technology in the sense of any of the devices, but it’s the connection of the devices and their application that is really innovative,” Professor Ela said.

The team is now looking to refine the prototype, re-build it on a larger scale, and locate an industry partner that can eventually help take the innovation to market.

Professor Ela said they needed to locate a manufacturer that could custom-build a stronger and more permeable membrane to suit the device.

“It needs to be a membrane that can withstand the relatively high pressure we can generate with the forward osmosis,” he said.

“Because the higher the pressure we can generate with the forward osmosis, the more efficient the device is in the running the reverse osmosis.

“Right now the membrane fragility is one of the critical thresholds that limits how much pressure we can generate.”

Professor Ela said there were about 12 membrane manufacturers in the world, none of which was an Australian company.

“The minors are obviously looking for where they can break in, so they may be more motivated (to work with us), whereas the majors, if they see the opportunity, they probably have the greater resources and capability to generate research,” he said.

“We’re really looking to partner with (a company) that would commercialise the technology, as well as advance it in terms of materials innovation.”

At this stage, Professor Ela said, the team was in early discussions with potential partners but was still searching.

The research team believes the process could be applied to areas in regional Australia where salt lakes are located near brackish water sources, or in coastal areas.

Professor Ela, who immigrated to Perth from the US, said the device could have potential in remote communities, military situations, or for travellers driving around Australia, among other uses.

“I came over because Australia is at the forefront of needing to come up with water-smart ideas and solutions, simply because of the climate here,” he said.

“If you want to get away from the coast, you need to get awful smart about how you use water.”

Professor Ela said Murdoch often took a practical approach to its work, rather than undertaking blue-sky theoretical research, which also attracted him to the university. 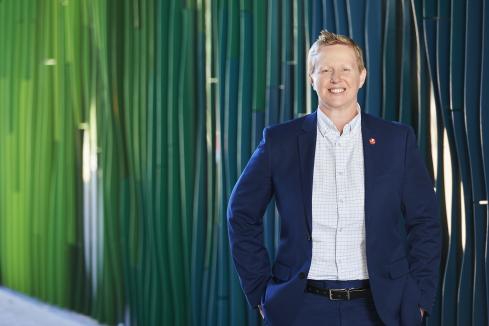