New skyscraper to be Perth's tallest

Plans for what would become Perth’s tallest building have been lodged for approval, with Singapore’s Fragrance Group seeking to build a 62-level, 485-room hotel at St Andrew’s Church on St Georges Terrace. 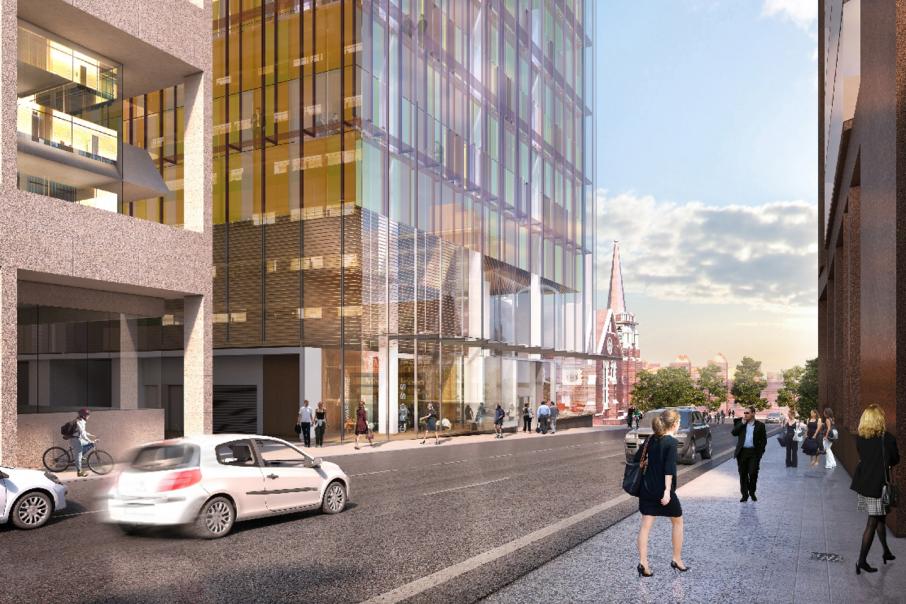 Plans for what would become Perth’s tallest building have been lodged for approval, with Singapore’s Fragrance Group seeking to build a 62-level, 485-room hotel at St Andrew’s Church on St Georges Terrace.

The $100 million proposal has been recommended to go ahead by council planning officers, prior to its evaluation by the City of Perth development assessment panel later this week.

If the development is approved, St Andrew’s Church will be restored and readapted for use as a restaurant, with the hotel and 60 serviced apartments contained in a 62-level building at the rear of the site.

At 62 storeys and 249.5 metres, the hotel would be half a metre taller than the CBD’s most lofty skyscraper, the 249 metre Central Park.

The proposal would also dwarf the city’s next-tallest hotel, the 105 metre, 27-level Crown Towers on the Burswood Peninsula.

It is also the third major building proposed by Fragrance Group, which is one of Singapore’s most prolific hotel developers.

Marketing of NV Apartments is well under way, with the project proposed to comprise 33-storey, 401-apartment tower and a 487-room, 28-level hotel.

Earlier this year, Fragrance Group followed that proposal with a $200 million, 52-level project at Milligan Square, which it bought from Georgiou Capital in late 2014.

The Milligan Square plan, which won approval in May, comprises a 52-level tower containing 359 apartments and a 37-storey, 406-room hotel.

At 200 metres, the Milligan Square tower would be taller than all but three buildings in the Perth – 108 St Georges Terrace, Brookfield Place and Central Park.