Landscape architects are seeking to take advantage of a long-standing business model operating in the building sector to broaden their service offering and boost their bottom line. 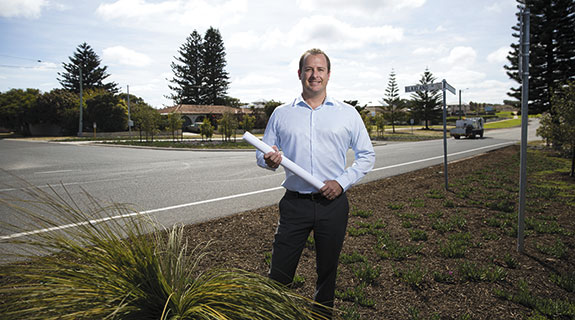 Landscape architects are seeking to take advantage of a long-standing business model operating in the building sector to broaden their service offering and boost their bottom line.

Among them is Perth-based firm LD Total, which increasingly is focused on design-and-construct methodologies as it diversifies its offering.

LD Total general manager Steve Roper said the traditional approach was for a developer to employ a landscaping consultant, and then tender the construction requirements to a separate firm.

But Mr Roper said the competitive nature of the industry post-GFC had led LD Total to look for a new way of servicing a client base that ranges from civil contractors, builders, land developers and government clients, to private home owners.

“We’re constantly looking for an edge and to be more competitive, and to offer something different that can be of benefit to clients,” he said.

“It is definitely new to the landscaping industry.”

Mr Roper said LD Total’s range of services, which include design, horticulture, irrigation, construction and a range of trades, was proving to be an attractive lure to developers looking to slash costs.

“They are realising there are significant benefits to working with the one team, from improved cost certainty and faster project delivery times, to a greater ability to recognise and remedy potential issues,” Mr Roper said.

“In an open tender situation if something hasn’t been documented properly or there is something missing, the contractor will put their hand up for a variation.

“(Design and construct) can potentially save thousands of dollars in delays and rectifications.

“That’s something we thought we could offer significant value to our clients and it’s been really well received.”

“There are now a number of larger contractors that have cottoned on,” he said. “Everyone is realising the efficiencies of bringing everything under the one roof.”

Significant design and construct contracts LD Total has recently won include a deal at Atlantis Beach Estate for Acumen Development Solutions, as well as a range of major works with ABN Group, Peet and Pindan.

The company is also delivering landscaping works at Port Geographe, under a $3.3 million contract awarded by the state government last year.