Mining industry pundits bemoaning the end of the ‘boom’ will be pleasantly surprised to know that up to a dozen major projects could go ahead over the coming year. 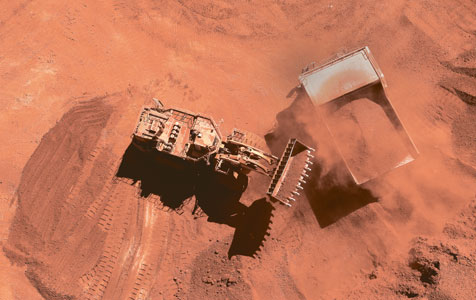 Mining industry pundits bemoaning the end of the ‘boom’ will be pleasantly surprised to know that up to a dozen major projects could go ahead over the coming year.

The scale of most of these projects is a big step down from the massive developments that industry leaders Rio Tinto, BHP Billiton and Fortescue Metals Group have undertaken.

The big three have spent more than $50 billion over the past decade expanding their Pilbara operations.

Combined with other big projects such as Sino Iron, Karara, Argyle Diamonds and the Tropicana gold mine, which are all completed or nearing the end of their construction phase, it’s clear Western Australia has been through a period that is unlikely to ever be repeated.

While Rio Tinto, BHP and FMG are all close to completing their current expansion projects and have a newfound focus on cost control, they aren’t going to stop in their tracks.

They have further expansion plans and will be joined by several other established miners and some new players looking to develop major projects.

The biggest of these is Hancock Prospecting, which continues to work away at its Roy Hill project.

This is dependent on finalising an estimated $7 billion debt funding package, which is taking longer to wrap-up than Hancock and its joint venture partners had originally anticipated.

In the meantime, however, the equity investors are funding a lot of activity. For instance, a corporate headquarters and remote operations centre is under construction at Perth Airport, a 2,000-bed village is being built at the Roy Hill mine site, a 1,200-bed accommodation camp is nearing completion at South Hedland, and earthworks are under way for the mine processing plant.

Roy Hill is not the only big new mine under assessment.

Rio Tinto is aiming to lift its Pilbara production capacity to 360 million tonnes by 2015.

One option is to extract more output from its existing mines. The alternative, which many contractors hope proceeds, is development of its new Koodaideri mine, which has potential to be the largest in the Pilbara, with annual production of up 70mt.

BHP is also on a growth path, saying last week the “ultimate goal” for its Pilbara iron ore expansion was annual production of 260-270mt.

That falls short of the 300mt former chief executive Marius Kloppers spoke about in February but still entails big growth from its current capacity of 220mt.

On a smaller scale, Atlas Iron is continuing to expand its Pilbara operations, Mineral Resources is preparing to start construction of another mine, and Iron Ore Holdings is working towards being a new entrant to the sector (see Ahead of the pack, IOH deals and wins).

The Mid West has gone off the boil since the Oakajee port project was shelved, but Asia Iron is still hopeful that its Extension Hill magnetite project will proceed, once internal issues facing its Chinese owners are resolved.

Outside the iron ore sector, the project pipeline gets very thin, with many companies holding back as they await a pick-up in equity markets and commodity prices.

However there is a handful of companies working towards project sign-off, including the Mark Creasy-backed Sirius Resources and the Andrew Forrest-backed Poseidon Nickel.

Another active company is Toro Energy, which is aiming to be the state’s first uranium producer (see Uranium explorers play the long game).

The fate of all mining projects rests with commodity prices.

A review of iron ore prices over the past three years (see attached Price Volatility chart) shows just how difficult it can be to pick the future direction.

After collapsing to $US90 per tonne last August, the iron ore price defied every expert by surging back to nearly $US160/t early this year, before moderating again.

The major producers all tip $US120/t (or thereabouts) as a likely long-term level, and that would be sufficient to ensure continued profitable production.

Chinese demand continues to be one of the key factors in the iron ore market.

The sceptics often point to the slowdown in China’s economic growth rate from the heady 10 per cent-plus achieved last decade.

As the iron ore miners repeatedly point out, however, the current growth of about 7.5 per cent is off a much larger economic base and therefore results in more growth in absolute terms.

On the supply side, some point to an anticipated flood of new iron ore production depressing the market. But analysis by Rio Tinto shows the ability of the market to deliver increased supply consistently falls well short of what is promised.

In the three years to the end of 2010, an extra 634mt of output was announced, including 361mt that was considered ‘certain’. Only 161mt was delivered (see attached chart).

It’s been the same story in more recent years.

More than 800mt of extra production has been announced for the three years to the end of 2014; so far, only 166mt has been delivered.

A quick roll call of WA projects that have fallen by the wayside reinforces this point.

Against this backdrop, the ingredients for success in the iron ore sector include deep pockets and, critically, a realistic infrastructure solution.

But even the majors, with the financial capacity to grow rapidly, are being judicious.

Rio Tinto, for instance, is due shortly to achieve a Pilbara capacity of 290mt and is proceeding with rail, port and power projects that will lift its capacity to 360mt by 2015.

The next crucial step will be finding the best mining solution.

Many contractors are hoping it opts to develop the Koodaideri mine, which is currently going through the environmental review stage.

Koodaideri, located 130 kilometres north-east of Tom Price, would be a mammoth undertaking on its own.

Production would start at 35mtpa and increase to 70mtpa.

The project would need between 1,500 and 2,000 workers during the construction phase, and about 700 during operations.

At BHP, the mantra is about getting more value from newly expanded infrastructure.

On completion of its current projects, including its 35mtpa Jimblebar mine, BHP’s Pilbara capacity will be 220mt.

“The expansion of Jimblebar to 55mt, together with broader capital-efficient growth, will deliver annual capacity between 260 and 270 million tonnes,” he said.

BHP president iron ore Jimmy Wilson said the group was still working through the detail of how it would achieve that goal.

“We are reasonably confident we will be able to get to that level of capacity in the mining configuration,” he said.

“We know rail is definitely good for it and port is going to be the challenge.

“The challenge there is specifically in the stockyards between the car dumpers and ship loaders. That is going to be the focus.”

One of the difficulties facing BHP has been making incremental additions to its legacy port infrastructure in a constrained location.

FMG has had no such problems, with its ‘greenfields’ development of new mines, railways and port facilities.

At the opening of its fourth berth at Port Hedland earlier this month it was easy to admire the simple layout of its port infrastructure, and its ability to overcome what some had thought would be major hurdles – such as overhead conveyors that take its ore over an established BHP rail line.

By the end of this year, FMG expects to have installed capacity of 155mtpa – a remarkable achievement considering the company came from a standing start 10 years ago and loaded its first commercial shipment only five years ago.

FMG is planning to start construction of a fifth berth later this year and chief executive officer Nev Power insists there is plenty of scope for expansion.

“At the moment, 155mt is not a challenge and we see ability for the port to go well beyond its model capacity (of 495mt).”

Mr Power said the Iron Bridge joint venture would proceed with a small 1.5mtpa hematite mine, while feasibility studies continue on a much larger magnetite project.

The precise shape of the Roy Hill development is being finalised by an engineering team from South Korean company Samsung C&T, which was awarded a $US5.8 billion EPC contract in March.

A Roy Hill spokesperson said the project team was still engaged in talks with international export credit agencies and commercial banks to secure the debt financing.

But with shareholders including Hancock Prospecting, POSCO and Marubeni, funding has been provided to allow work to proceed.

“Our equity partners continue to provide finance to allow the further development of the project,” the spokesperson said.

Among the majors with their giant railways, Atlas Iron and Mineral Resources have built their business by trucking their ore to port, but have discovered the limits of road transport.

Atlas committed last month to develop its Mt Webber mine, at a cost of $146 million.

Mt Webber will be its fifth mine in five years, and will help the company sustain production at 10mtpa.

Atlas is targeting 15mt by 2015, based on the stage 2 expansion of Mt Webber – currently subject to feasibility studies and environmental approvals – and additional exploration potential.

Beyond that it is conducting a feasibility study into its McPhee Creek project, which would be the first of its horizon 2 projects.

Atlas recognises that it needs to strike a deal on rail access to make its larger and more distant projects commercially attractive, and is currently in discussions with infrastructure providers.

It has also opened up the possibility of selling a minority stake in these mines to help fund their development.

Mineral Resources has for many years been a highly successful contractor but is emerging as a significant exporter in its own right, with total exports last financial year of 5.4mt and a target of 8mt in the current year.

Its biggest mine is Carina in the Yilgarn; Carina is currently operating at an annual rate of 4.6mt, with exports through Kwinana.

Mineral Resources’ newest development is Phil’s Creek in the Pilbara. It was operating at a 2mtpa run rate in June, but output will be higher once construction of mine-and-logistics infrastructure is completed later this year.

Next will be the nearby Iron Valley project, with targeted production of 4-5mtpa.

Final approvals are expected in coming weeks, allowing MinRes to commence mine development.

It plans to start transporting the ore by road to Port Hedland while investigating the potential for lower-cost rail solutions.

MinRes said its production ramp-up would take three to four years, “depending on economic conditions and the availability of infrastructure and supply chain resources”.

That puts MinRes in much the same boat as Atlas – it needs to strike a deal with a railway owner if it wants to maximise profitable growth.

MinRes has an added challenge; it has a small berth allocation at Port Hedland’s Utah Point, and therefore needs to pursue transhipment options to support higher volumes.

Other aspiring miners in the Pilbara, such as Brockman, Flinders and Winmar, arguably face even greater challenges in finding an infrastructure solution.

It’s a similar story in the Yilgarn, where companies such as Cazaly, Mindax and Radar Iron are dependent on private sector development of new export facilities at Esperance.