Historic Fremantle is in line for a distinctly modern look, as more progress is made on a development surge worth more than $1 billion. 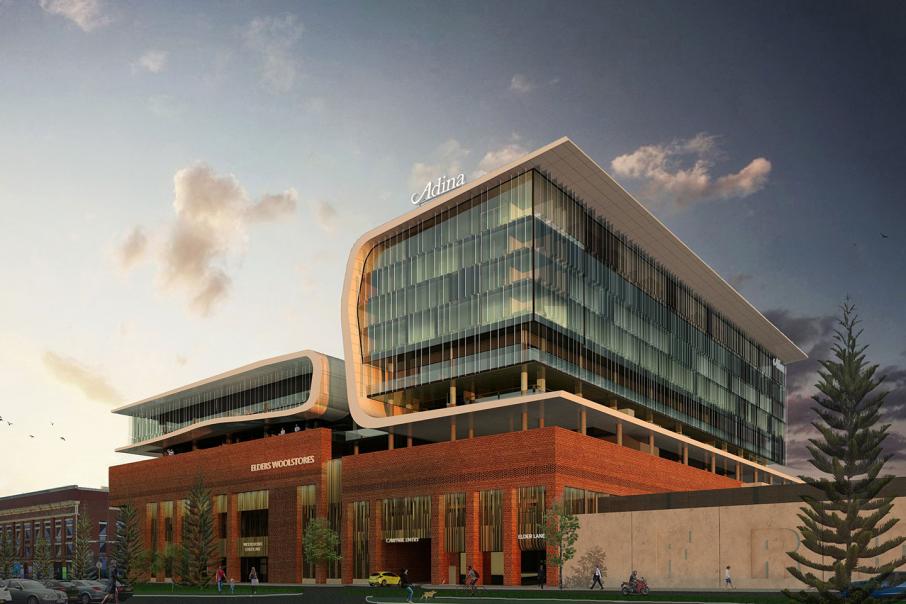 Historic Fremantle is in line for a distinctly modern look, as more progress is made on a development surge worth more than $1 billion.

While much of the recent focus in Fremantle has been on the transformative potential of Sirona Capital’s $270 million Kings Square redevelopment, a closer look at the port city reveals a wide range of game-changing projects.

One of those is a striking mixed-use proposal at the Woolstores Shopping Centre on Cantonment Street, anchored by a 141-room Adina Apartment Hotel.

At 11 storeys, the proposal would become one of the port city’s tallest buildings, creating a new entry statement close to Fremantle Ports’ cruise ship terminal.

Work is expected to begin next year, with the project being developed by the Gerard O’Brien-led Silverleaf Investments.

Fremantle-based Silverleaf recently delivered a $30 million redevelopment of the buildings in and around the Atwell Arcade, including four levels of new office accommodation.

A development application was lodged with the City of Fremantle in April for the Woolstores project, however, it is yet to be assessed by planning authorities.

The redevelopment will also include a new retail and dining precinct in a revamped Woolstores shopping centre, a property Silverleaf bought in late 2014 for $40 million.

Adina Fremantle, which is expected to open in June 2019 pending relevant approvals, will be the first property in Fremantle under the management of TFE Hotels, a group that owns a suite of brands including Adina, Medina Serviced Apartments, Rendezvous Hotels, Vibe Hotels and Travelodge Hotels.

TFE Hotels chief executive Rachel Argaman said the company had specifically targeted Fremantle because its hotels market was largely separate from that of wider Perth, dismissing any potential concern over 3,000-plus hotel rooms in the development pipeline.

“Fremantle has a chronic undersupply of hotels, given its position as a tourism hub for the state and the home of the cruise ship terminal and port,” Ms Argaman told Business News.

“Fremantle is also Perth’s tourist and foodie hub, but the hotel industry has undercapitalised on these aspects.”

Ms Argaman said the hotel’s design was also an important consideration for TFE Hotels when it chose to partner with Silverleaf on the property.

“It will add an exciting design element to Fremantle’s rich and historic architectural landscape,” she said.

“The development will make the most of the location’s spectacular uninterrupted panoramic views, with the hotel occupying levels eight to 11 of the 11-storey building.

“All of our Adina Apartment Hotels are design focused; they are about creating contemporary spaces that feel like home in great locations, decorated with local art and in central locations that provide access to the city.”

Elsewhere in Fremantle, work is well under way at Defence Housing Australia’s $61 million Liv Apartments on Queen Victoria Street, which is being built by Georgiou Group. 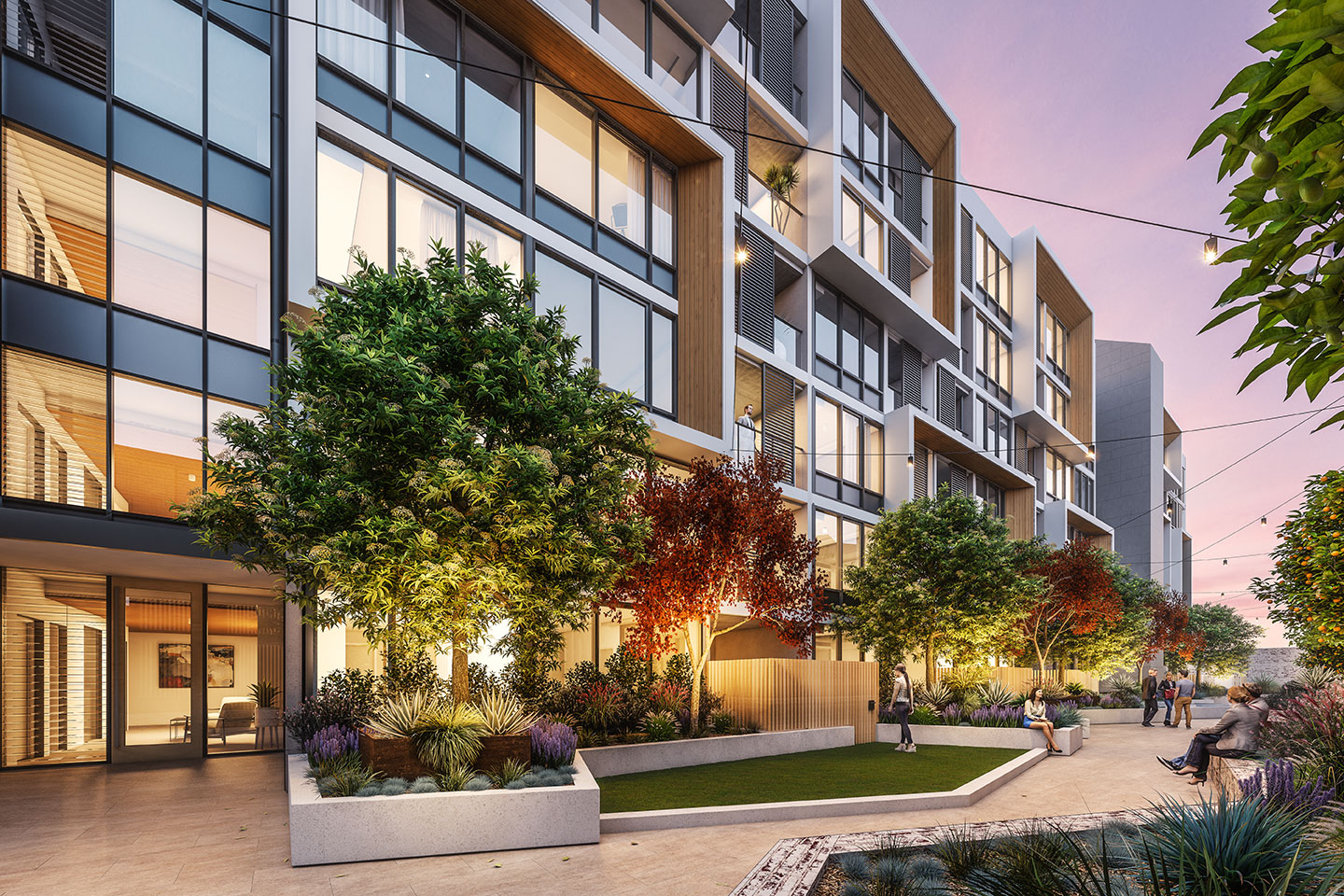 Construction along Queen Victoria Street is up to the fourth level of the six-storey development, with the 166 dwellings expected to be complete by July next year.

At Kings Square, work is expected to start in August on Sirona Capital’s comprehensive redevelopment plan, which will comprise a 25,800 square metre office and retail complex alongside new administration facilities for the City of Fremantle.

While Sirona is yet to formally release its vision for the retail component of the Kings Square revamp, Business News understands the project has been designed to challenge the conventional thinking of not only retail property in Fremantle, but of shopping centres around the city.

There is less certainty, however, surrounding another key project for Fremantle’s modernisation. 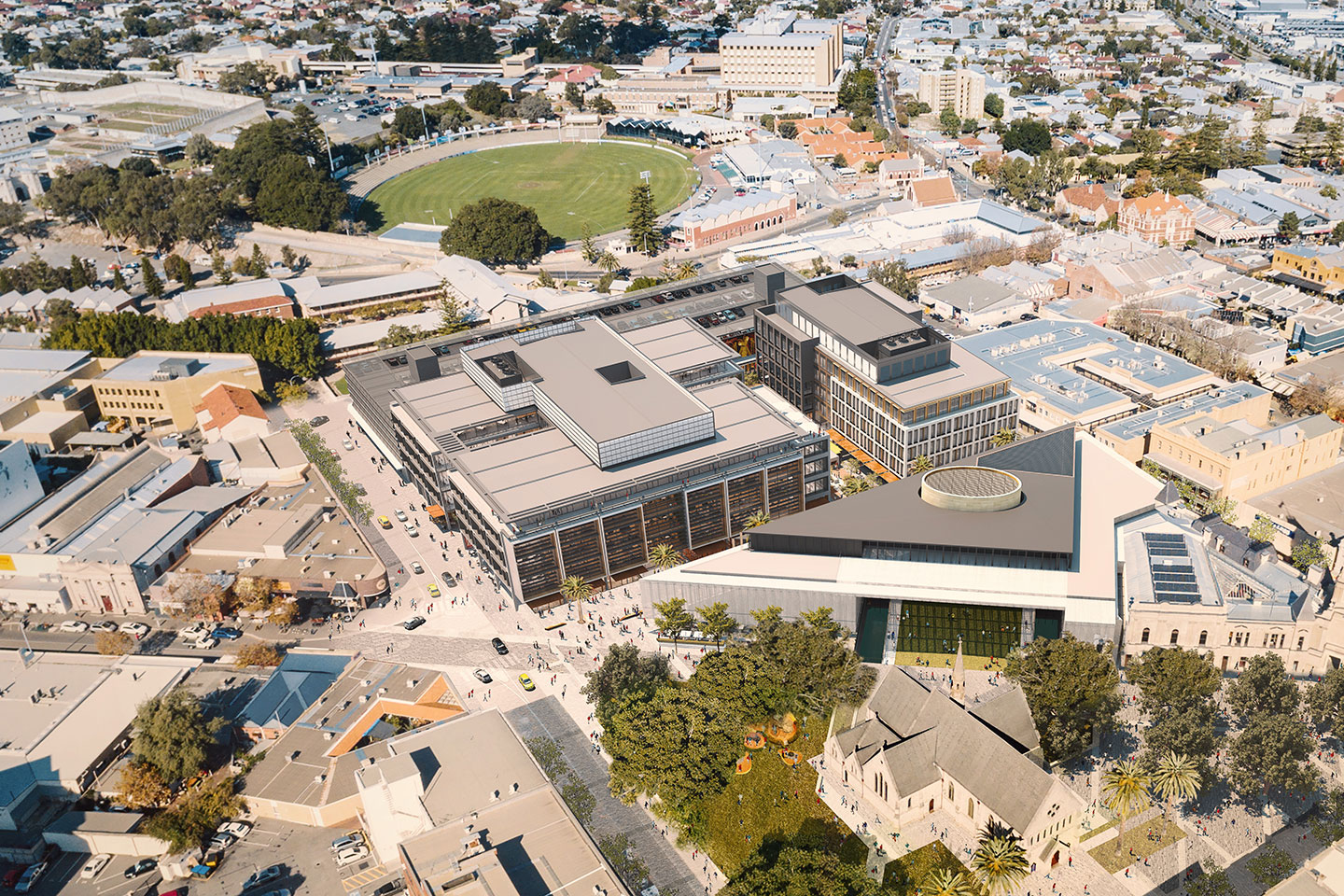 Earlier this year, SKS Group was granted an extension to its development approval for a DoubleTree by Hilton hotel proposed on the corner of Point and Adelaide streets, giving the developer until January 2020 to substantially commence the project.

Fremantle Mayor Brad Pettitt said the delay to the development was partly due to SKS Group having two other DoubleTree by Hilton projects under construction in Perth – in Northbridge and at Barrack Square in the CBD.

Mr Pettitt said the Point Street car park would be reactivated in the short term, while one of the conditions of the extension will require SKS Group to install a sales office on site by September, in order to get pre-sales for the 99 residential apartments available in the proposal.

However, Mr Pettitt said council was happy to support the delayed start to ensure the east end of Fremantle was not completely disrupted by the start of works at Kings Square and at Woolstores.

“Delaying the start of this was actually a win-win, and once those two development sites come to completion, we will see construction of the DoubleTree start, which will be really great for the east end of town and its revitalisation,” he said.