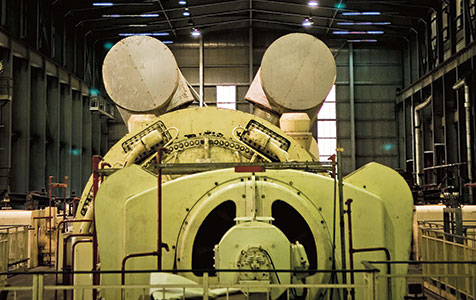 A seventh power station for Norseman may be built later.

Five of the planned stations will be diesel-fired and one gas-fired, but the government is planning to augment power from these traditional plants with renewable energy.

The government is currently tendering for a partner to collaborate on a renewable energy project in the Mid West.

It is understood a shortlist of renewable power providers has been chosen for the project which will run for two years across the six Mid West towns previously mentioned.

“The new arrangement gives Horizon Power much more flexibility in finding the most economical way of providing additional capacity if required in the future, and offers the ability to augment the generation capacity with renewable energy,” Dr Nahan said.

“We hope to give more information on this new development in the coming months."

"Horizon Power is currently working on how technical limits can be increased to allow more roof top solar to be incorporated from customers in the Mid West," the spokesperson said.

Kwinana will cease to produce all power in April 2015, following a staged retiring of its capabilities which began in 2010.

“There are many benefits of retiring the plant early, including reducing the excess capacity that currently exists in the market and a significant reduction in operating and maintenance costs associated with taking the last unit through to the original retirement date of October 2015,” Dr Nahan said.

“Synergy made a similar decision in retiring Kwinana’s Unit 5 in July of this year, almost 12 months ahead of schedule.  These decisions have been made post-merger by an executive team who are identifying benefits that could not have been realised under two separate entities.”