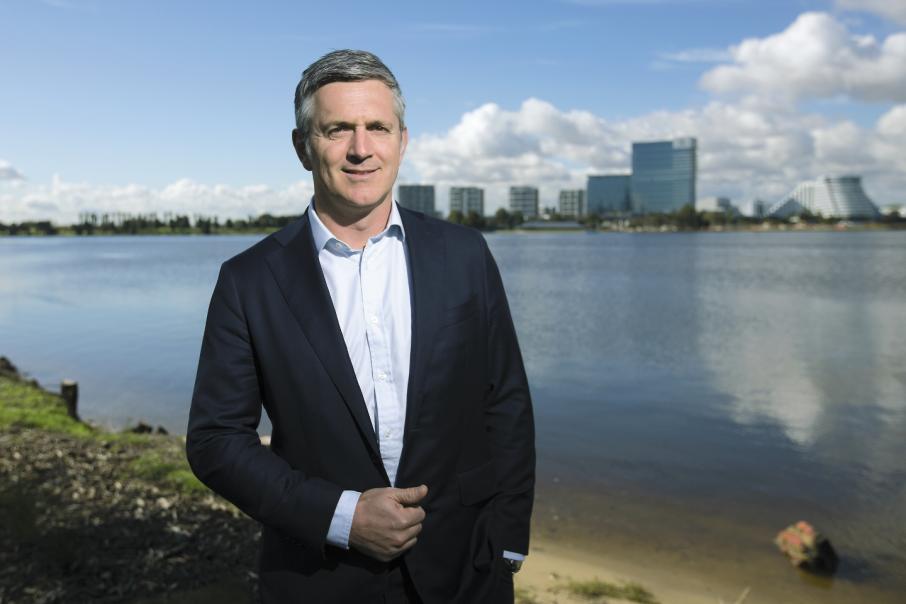 International players with big balance sheets are set to change the dynamics of Perth’s apartment market.

Lendlease development director David Ockenden is quietly confident the company’s Waterbank precinct will be something never seen in Perth before.

The global development giant is one of a growing wave of large-scale international developers that have set their sights on Perth’s apartment market, with its first project in the Western Australian capital to be the $1 billion Waterbank, nestled along the Swan River in East Perth.

Lendlease was appointed by the Metropolitan Redevelopment Authority to develop the precinct in late 2011, and the first plans for the site emerging in early 2012.

While there were some delays preparing the riverside site for construction, Mr Ockenden said Lendlease was busy progressing its designs for a sales launch later this year.

And Mr Ockenden said Lendlease was the perfect candidate to deliver the flagship project, which spans a six-hectare precinct and is proposed to comprise more than 600 apartments, 30,000 square metres of commercial space and a range of hospitality and retail facilities.

“We are going to develop it, curate it, design it, build it, fund it, and we’re not going to be relying on anyone else apart from assistance with design.

“You look at that whole package and it’s quite a powerful capability, and I don’t think there is anyone in Perth that can match that.”

Mr Ockenden, who said Lendlease considered itself Australia’s largest apartment developer, said he had been keenly watching the market as the sales launch drew nearer.

“We’re watching everything going on around us, trends, markets, everything,” he said.

“We’re excited about the project, it’s amazing and it will certainly be something very different that will be sitting on the Perth skyline at the end of the day.”

Lendlease is not the only big international player with designs on Perth, with other big groups also planning massive projects in Perth’s most crowded apartment market – the CBD.

Singaporean billionaire James Koh’s Fragrance Group has launched sales for its first project, a 401-apartment tower and a 481-room hotel to be built at 476 Murray Street.

Fragrance Group was founded in the early 1990s, and has built a reputation of quality and inspired design across its developments.

Mr Koh, who is Singapore’s 17th-richest man with an estimated fortune of $US1.02 billion, according to Forbes magazine, has also made headlines in Melbourne, with the uniquely curved design of its Premier tower said to have been inspired by pop singer Beyonce.

Fragrance Group is also pursuing a 52-storey apartment tower at Milligan Square, a proposal that was recently submitted to the City of Perth for development approval.

Also in the CBD, Melbourne-based ICD Property Group has plans to supersize the old Megamart site on Beaufort Street to a mammoth project of two towers, at 67 storeys and 58 levels.

Inside those towers would be more than 1,000 apartments, making the proposal the largest single-plot project ever seen in Perth.

ICD, which bought into the Megamart project in April last year, also has a strong track record of delivery of big apartment projects.

The company was founded in 2009 by its managing director, Michael Mai, and quickly built a pipeline of significant projects in Melbourne.

ICD’s largest development to date is the Eq Tower in Melbourne’s CBD, a 63-level, 633-apartment project being built by Brookfield Multiplex.

Another major player with big Perth plans is Victor Goh, the reclusive Malaysian developer behind the Capital Square project at the Old Emu Brewery development site on Mounts Bay Road.

Part of the Capital Square project is a 41-level apartment tower, while Mr Goh’s AAIG is also progressing plans for a major hotel and apartment project at Elizabeth Quay in joint venture with Adrian Fini’s Fini Group.

While Perth-based developers view the inner city as crowded and challenging, the international developers have the balance sheet strength to fund projects without pre-sales.

“If you get people just coming in and building on balance sheet, they can very quickly supply the market,” Mr Enslin said.

“These parties typically come in towards the city centre, whereas we are more on the outskirts of the city and the suburbs.

“I think that market will remain unique and the big multinationals will be focused on the city.”

“If you’re getting pre-sales out of Asia, it’s an entirely different market,” Mr Ambrose said.

“In Perth there are roughly 2 million people who are not particularly familiar with apartment living.

“Whereas if you’re selling into three or four different South-East Asian countries, let’s say you have a middle-class population in the tens of millions, you have got a much better chance of getting your pre-sales than if you just sell into Perth.”