A new Bill promising to improve the security of payment across the Western Australian building and construction industry has been introduced into parliament today. 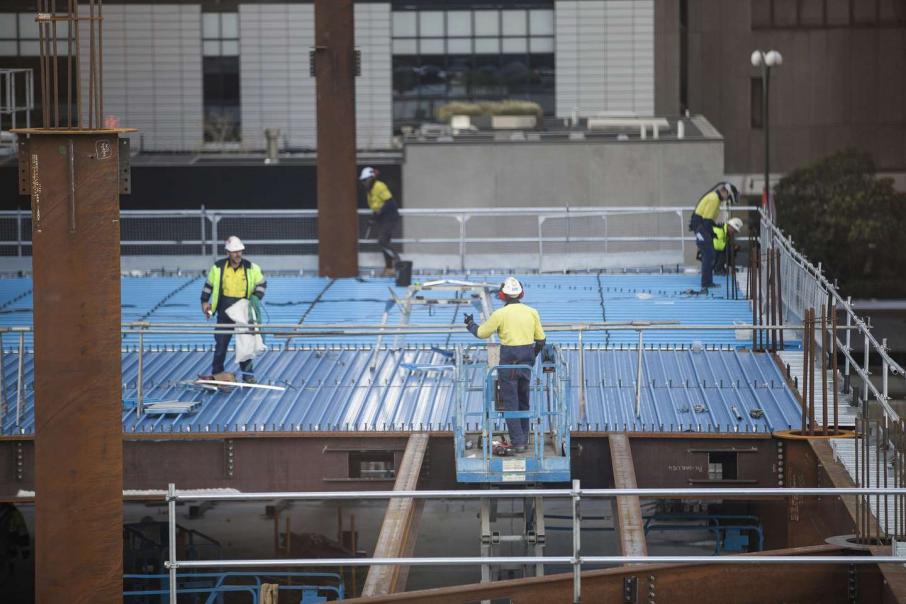 A new Bill promising to improve the security of payment across the Western Australian building and construction industry has been introduced into parliament today.

The Building and Construction Industry (Security of Payment) Bill 2020 seeks to ensure payment for construction work, or supply-related goods and services, is made on time.

The reforms follow calls over a number of years to overhaul the payments system, amid company failures and late payments to contractors.

The new Bill instead includes a mandatory retention trust scheme, which the state government said was an ‘Australian first’ designed to protect subcontractors’ retention money from being misappropriated or lost in the case of company insolvency, at each stage of the contracting chain.

Mr Quigley said the reality had been that businesses needed to always contend with the fear of not getting paid on time - or at all - without access to effective rights and protections under the law.

“Our election commitment was made in recognition of the fact that the state's construction industry has a long history of businesses and their families suffering significant financial losses due to non-payment and mistreatment,” he said.

"I thank the industry for their engagement in the consultation process and acknowledge the productive and constructive input provided by a large number of groups and stakeholders into the development of these reforms."

The reforms will complement other measures the state government has introduced recently, including the expanded use of Project Bank Accounts on government projects, as well as enhancing the investigation powers of the small business commissioner.

"The building and construction industry is a vital part of our economy, providing the jobs, housing and critical infrastructure to meet the needs of all Western Australians,” Mr Quigley said.

"It is also a significant source of employment and income for both the Australian and Western Australian economies.

“It hosts the largest number of small businesses in this state, with hundreds of thousands of people earning a living through the industry.”

“Our association has hundreds of subcontractor members and we strongly agree that everyone in the building and construction contract chain should be paid for their work in full and on time,” Mr Gelavis told Business News.

“Master Builders has actively engaged with the State Government on what security of payment reform should look like for many years, including through the Fiocco Review.

“We have consistently held the view that any changes should not apply to one party at the expense of another and not to be unduly disruptive to industry nor impose undue additional cost.”

Mr Gelavis said the association would review the detail of the Bill introduced into Parliament to see if our recommendations regarding improvements to areas such as adjudication process, transition periods and admissibility of evidence have been incorporated.

“The State Government has rightly not moved forward with Statutory Construction Trusts (statutory provisions that each contractor and subcontractor in the contractual chain is deemed to hold funds in trust for parties further down the chain) in the legislation, as this would have an adverse impact on the industry, particularly in light of the economic challenges it currently faces,” he said.

“The concept of a Retention Trust Scheme will have the least disruptive impact and for that reason, we accept the government’s decision to pursue that and not Statutory Construction Trusts.”

However, Mr Gelavis added it was critical to develop a tailored education and training program for the roll-out of Retention Trust Accounts under the SOP Bill.

“[That’s] to ensure industry has access to appropriate information and is able to develop knowledge and skills in adequate trust accounting to be in a position to comply with the obligations.

“Trust accounting is foreign to the industry and there will be a steep learning curve ahead.

“It is also important that a sufficient phase-in period be applied to the introduction of Retention Trust Accounts to give industry time to understand any new trust accounting obligations and complete necessary training. “

“Builders with a history of ripping off subcontractors or ‘phoenixing’ by declaring bankrupt and leaving their debts behind to re-emerge with a new business do not belong in our industry,” he said.

“Security of payment reform, combined with the new project bank accounts and increased powers to the Small Business Development Commissioner, together should provide a strong framework for the industry and assurance that everyone in the supply chain is paid correctly and on time.”