Three independent delegates have been chosen to reassess the state government’s Roe 8 highway extension project, which was knocked back by the Supreme Court in December. 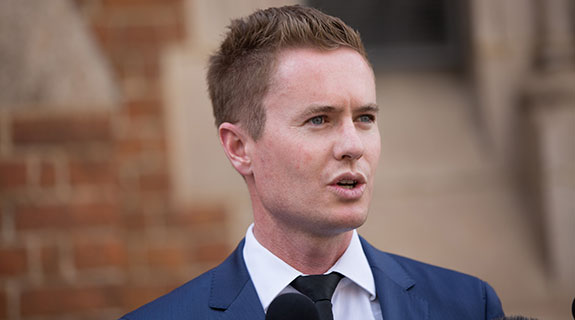 Three independent delegates have been chosen to reassess the state government’s Roe 8 highway extension project, which was knocked back by the Supreme Court in December.

Canberra-based consultant and former deputy secretary at the Commonwealth Department of Environment, Gerard Early, will chair the delegates, which also include CSIRO principal research scientist and group leader of water resources, Olga Barron, and former head of the CSIRO Centre for Mediterranean Agricultural Research, Michael Poole.

The delegates will recommend to Environment Minister Albert Jacob whether the Roe 8 project proposal should be approved and, if so, will also provide conditions for its approval.

“Mr Early is a highly experienced environmental consultant and Professor Poole and Dr Barron are eminent scientists and experts in their respective fields,” Mr Jacob said.

“I am confident the delegates will assess the proposal in an impartial and timely manner.”

The appointment of the delegates follows the Supreme Court’s December ruling that the Environmental Protection Authority hadn’t followed policy when assessing the Roe 8 project, and its assessment was therefore invalid.

Mr Jacob said today he approved the EPA formally delegating its powers to assess the proposal.

“The EPA board decided it should delegate its powers to an independent panel to avoid any actual or perceived conflicts of interest,” he said.

“None of the delegates were involved in the previous Roe 8 assessment.”

The delegates will start work this week.

The new review is running in parallel to a state government legal challenge to last year's Supreme Court ruling.