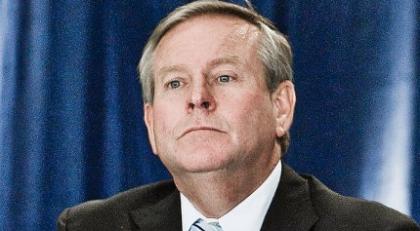 The state’s two major business groups appear to be divided over the merits of a new Public Utilities Office, with CCI welcoming its establishment but the Chamber of Minerals & Energy saying the agency needs to prove itself.

Premier Colin Barnett announced that a new Public Utilities Office would be established within the Department of Finance, and that the Office of Energy would be abolished.

Mr Barnett said initially the Public Utilities Office would provide advice to the State Government on energy policy but over time it could also have responsibility for water and waste management policy.

“Establishing a Public Utilities Office with an initial focus on energy markets will enable, through economies of scale, the development of appropriate policy capacity and capability to ensure the Government is able to draw on independent, high quality advice to inform its provision of essential services.

The Premier said the Office of Energy would cease to exist, with its functions, staff and resources transferred to the Department of Finance.

“The new Public Utilities Office will report through the Director General of the Department of Finance to Energy Minister Peter Collier on energy industry and policy issues.”

CME acting chief executive Nicole Roocke said while the State Government appears to have recognised the need for “independent, high quality advice,” the benefits of the new Public Utilities Office must be demonstrated.

The CME said it has consistently called for a more focussed and well-resourced Office of Energy to look at regulation and policy.

“For too long there has been no clear accountability for energy policy in Western Australia, with responsibility split between the Energy, State Development and Mines and Petroleum portfolios,” Ms Roocke said.

“While there may be some synergies in merging the functions of the Office of Energy into the Department of Finance, if the new Utilities Office is also looking at water and waste policy, energy may again be left unattended.

“The Office of Energy needed to be boosted not abolished.

“Energy policy needs to be broader than the government owned utilities and the move happens at a critical time when industry is waiting on the release of the Strategic Energy Initiative (SEI) after two years of consultation.

“CME is concerned the new Office announcement will trigger a re-calibration or abandonment of the SEI.

“Significant time and effort has gone into the SEI and this work should only be built upon as industry is seeking clear and consistent market principles for all energy market participants.”

Ms Roocke said a good first test of the Public Utilities Office would be to resolve the impasse over the 330kv electricity transmission line, a critical piece of infrastructure for the Mid West region.

“The Strategic Energy Initiative, which is intended to act as a 20 year blueprint for energy policy in WA, is strongly supported by WA business and industry,” he said in a statement.

The need for such a strategy, to ensure business and industry has security and certainty of energy supply, has never been more important as the State’s economy continues to grow.”

Mr Harrison said the CCI is pleased the government has decided to create the new body as recommended by the Economic Audit Committee in 2009.

“It is something we have been urging the Government to act on.

“However, the changes announced today by the State Government are just the first step in implementing the findings of the Economic Audit Committee.

“The next stage is to transfer water policy responsibilities to the new body.”