Fresh supermarket proposals are emerging across a range of near-city suburbs, including Highgate, West Perth, Nedlands, Inglewood and Como, as retail groups respond to community demand for modern shopping facilities. 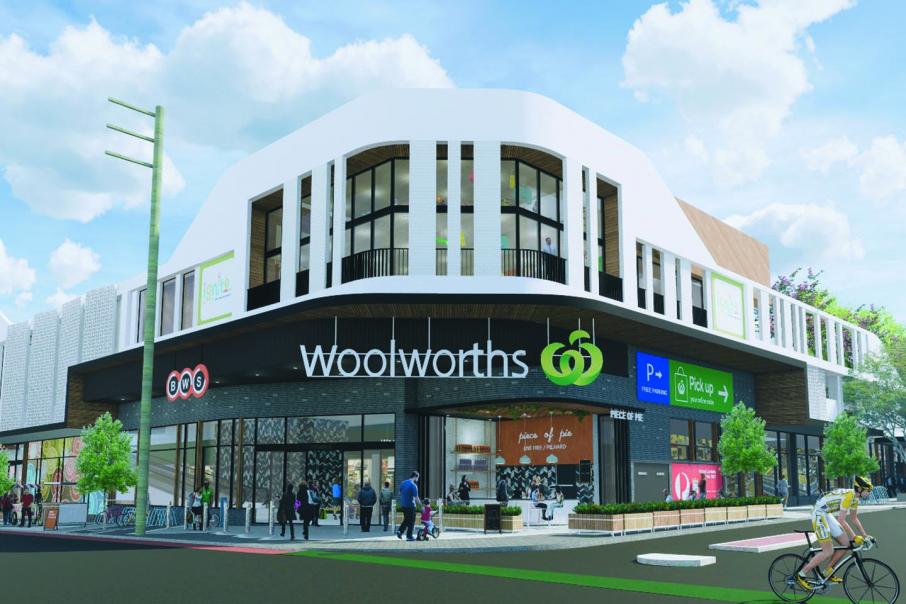 Fresh supermarket proposals are emerging across a range of near-city suburbs, including Highgate, West Perth, Nedlands Inglewood and Como, as retail groups respond to community demand for modern shopping facilities.

Major chain Woolworths is leading the charge, with plans for four new supermarkets on its books in locations close to the CBD.

At Highgate, Woolworths’ property arm Fabcot Pty Ltd is planning to roll out a new-generation store format on a site it acquired on the corner of Bulwer and Stirling streets.

Plans lodged with the City of Vincent show a building that takes inspiration from the site’s former use as the Premier Theatre, which was demolished and replaced by an office building in 1987.

The $10 million, three-level proposal includes a cafe, a BWS liquor store and an early learning centre complete with a rooftop playground.

Woolworths’ proposal will be assessed by the Metro West Joint Development Assessment Panel (JDAP) in coming months, while a community consultation campaign by the City of Vincent closed late last month.

Meanwhile, Woolworths is more advanced in its plans to deliver a new-format supermarket in Inglewood, on the site of a former Bunnings warehouse that was destroyed by fire last year.

The $15 million development was approved in April by the Metro North West JDAP.

Woolworths’ Inglewood proposal will also have three storeys and include a liquor store, restaurant, fast food outlet and 193 parking bays.

Designed by architecture group Brown Falconer, the project was approved despite a high level of community consternation, with 78 of 135 submissions through a public consultation period in opposition to the new store.

Fabcot is still formulating its plans for the site, which could comprise a shopping centre as well as a residential apartments tower.

The development is expected to complement the Metropolitan Redevelopment Authority’s Subi East precinct, where construction is progressing quickly on Bob Hawke College, a new school being built on the former Kitchener Park.

In Nedlands, Woolworths has plans to redevelop and refurbish the Captain Stirling Hotel, bottleshop and carpark site to include a supermaket, retaining the hotel, however, that proposal would require a rezoning of the land to proceed.

Late last year, the City of Nedlands ran a campaign to gauge residents' appetite for amendments to the local town planning scheme to facilitate the development, with a report on that canvassing not yet presented to council.

Over the river in Como, boutique operator Farmer Jack’s won approval for a Canning Highway shopping centre last month, ending a battle of several years to get the green light to build.

A subsequent appeal to the State Administrative Tribunal and mediation with Main Roads WA resulted in a revised version of the project to be resubmitted to the JDAP, which was approved.

The new Farmer Jack’s is expected to be a boon for South Perth and Como residents, which have long raised concerns over their supermarket options.

South Perth locals have been restricted to a small Coles on Mends Street and two lGA supermarkets as their only grocery shopping options.

The supermarket proposals come at a time of modest improvement in retail conditions in Western Australia, according to research by Colliers International.

Colliers latest analysis of the WA retail market showed turnover rose by 1.26 per cent in the March quarter, as compared to the previous year, to hit $8.57 billion.

The research also showed neighbourhood shopping centres were in hot demand, with eight centres transacting in 2018 for a collective value of $180.9 million.

That result was a near-three fold increase on the value of deals in 2017, when four centres sold for an aggregate of $67.4 million.

“During the same period, average analysed IRRs contracted from 7.99 per cent to 7.25 per cent.”