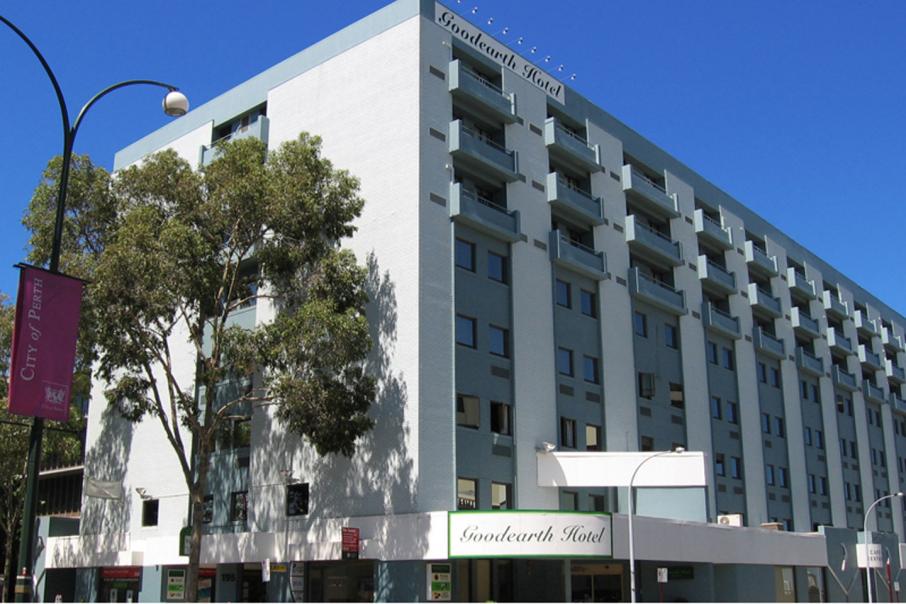 The Goodearth Hotel in the east end of the CBD is in line for a new name.

Two CBD hotels are in line for a rebrand, with the Goodearth Hotel and Perth Ambassador Hotel to join the Choice Hotels franchise.

Both hotels are owned by Australia Pacific Hotels Group, which announced the rebrand today.

The group’s Karratha Motel will also be rebranded under the agreement.

Australia Pacific Hotels said the Ambassador would become the Quality Hotel Ambassador Perth, while the Goodearth would be renamed as Comfort Inn & Suites Goodearth Perth.

The Karratha Motel will be known as the Econo Lodge Karratha, with the rebrands to be done by mid-August.

“As proud as we are of our heritage, this is an exciting new phase for our company,” Mr Cotterill said.

“Together with recent refurbishment works to the tune of over $4 million invested back in our hotels, the rebrand demonstrates our long-standing commitment to the hospitality and tourism industry as we enter our 15th year of operation.”