Social services organisation St Bart’s has undergone major changes in recent months, with a rebrand to reposition its services and the appointment of a new chief executive. 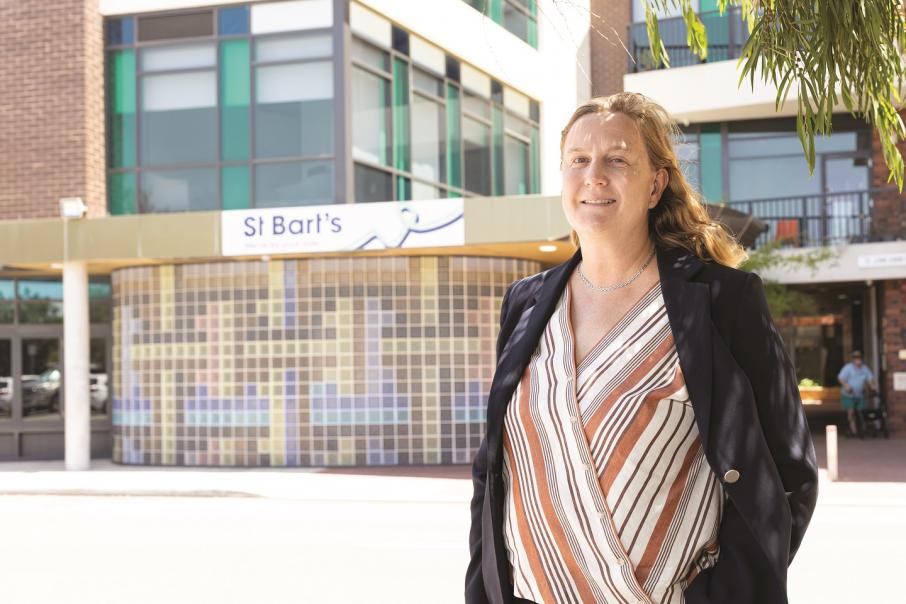 Social services organisation St Bart's has undergone major changes in recent months, with a rebrand to reposition its services and the appointment of a new chief executive.

Previously called St Bartholomew’s House, the organisation, which provides services to people at risk of homelessness, has shortened its name and written a new mission statement and vision.

Ms Drury told Business News the changes under way at St Bart's had attracted her to the role, and her appointment mid-transition had been a positive decision.

“For me, this is what I know, this is what I’ve come into and where it is and it’s certainly what resonated when I was looking for a change,” Ms Drury said.

She said the rebrand was important to ensure it reflected the organisation’s services and aligned with its person-centred and trauma-informed approaches, which focus on the person and recognising the trauma they may have been through.

“The old brand of St Bartholomew’s House really didn’t connect necessarily with our consumers and with those we wanted to support,” Ms Drury said.

The new logo has two lines, an aqua and a purple, which run parallel and intertwine at various points and the vision now reads: ‘A world where everyone has a home’.

“If you look at the reconnecting lines, that’s around us supporting them through whatever their life journeys are as they go through their recovery,” Ms Drury said.

She said while the mission and vision statements were similar to the previous versions, they had been reworded for clarity.

“I think when you look at the essence of how it’s been written and what it’s trying to portray in that conversational style, it’s really about making it much more approachable and easier to understand and being a lot less telling,” Ms Drury said.

The rebrand, which will be finalised in the coming months, reflects broader changes in the social services industries.

Ms Drury said there was a large shift towards person-centred care.

“If you don’t change the methodology to really put them [the client] at the heart of every decision that you make and empower them to help drive their outcomes, then I think there will be some challenges ahead.

“I wouldn’t like to think we are leading edge, but I think that’s where the government and the focus has been going forwards.”

Ms Drury worked for the London Underground for eight years before she returned to Perth to work for listed companies in the construction and engineering fields. Most recently, she was chief financial officer at aged care provider Bethanie.

She said all the elements of her eclectic background would help in the role when she looked at where the not-for-profit sector needed to move.